By Harry Slater | 12 years ago 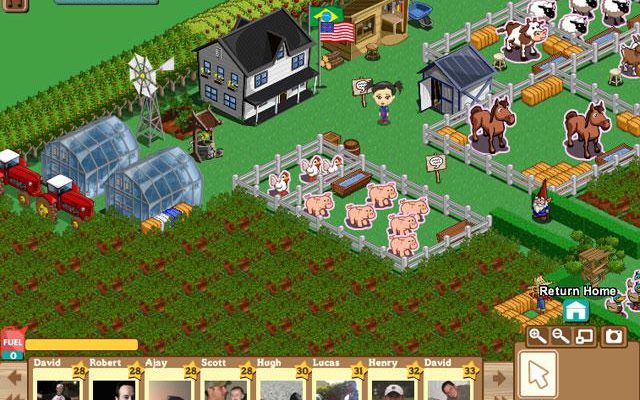 The rapidly-growing popularity of social games was acknowledged for the first time at the 2010 Game Developer’s Choice Awards with a brand new category for Best New Social/Online Game. Zynga’s FarmVille took home the prize, which wasn’t terribly surprising given that the farming sim currently boasts more than 83 million monthly users on Facebook — more than double the numbers of its nearest competitor.

While FarmVille‘s success remains baffling to some people, Gamezebo was interested in finding out more about what makes the most successful game on Facebook tick. Zynga’s VP and GM of FarmVille, Bill Mooney, was more than happy to answer our questions.

Zynga recently announced a partnership with MSN Games that lets users play FarmVille on the site through Facebook Connect. Why have you decided to move in the direction of partnering with certain online portals?

One of the goals that we have as a company is be anytime, anywhere. So for example Zynga Poker’s on something like eight social networks; we have a number of games on iPhone and SMS mobile devices as well; a number of our other games have been on MySpace. Facebook is a terrific partner and it’s absolutely the backbone of the business but we know that there are a number of users who we’ll want to reach outside of Facebook and we have numbers suggesting there’s a big opportunity for those, including some international opportunities.

It’s interesting to think that “social games” don’t necessarily have to be tied to social networks.

I think that’s exactly right. The thing that we know is key to them being social games is it’s critical that your friends are already there. I mean, the games are fun in of their own right but we know from talking to users and just our own experiences across FarmVille and other games that we have to go to where your friends are.

Those deeper social connections make Facebook such a powerful network because they’re your real friends — you care about those people — and with FarmVille we made that conscious choice that you interact with friends, and we know that that’s just a huge component. With places like MSN Games it’s important that we connect people with, for example, their Messenger buddies and things like that, which for many people represents years of relationships. 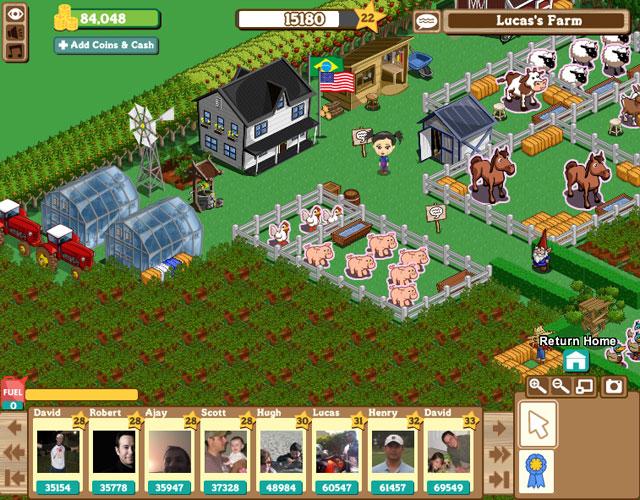 There are probably three big components that differ. One is that we have so much more information about how users play because we’re able to measure user behavior. We know if people are having trouble with something. We know if they’re getting through it.

We’re also able to get data on preferences. For example, do people like bunnies better than ducks? We can actually answer that. We have all this data about what users like and how they’re interacting with our game, so that really provides fascinating information.

Because there are so many people playing, it offers another design challenges which is we have to make games that are very broad and accessible. We’ve really tried that with FarmVille, where simplicity’s at a premium. We’re actually making some efforts to even further simplify, especially the early user experience to make sure we’re capturing the entire audience.

We try to put new content out every week, and that pace is very, very different from traditional games. Traditional games, from my experience, at the very shortest take a year; typically they take more like two, and obviously you’re playing to dedicated hardware, so for us it’s very different because we have such a relatively casual audience and we want them to feel like the game’s always changing and evolving. That’s why we put out new stuff to give people more options and ways to play, while still keeping that core social element of community, harvesting, and all the core social values of farms.

The other thing is that the speed is much, much faster than traditional games, in part because the platform itself with Facebook and the audience just moves so much more quickly. 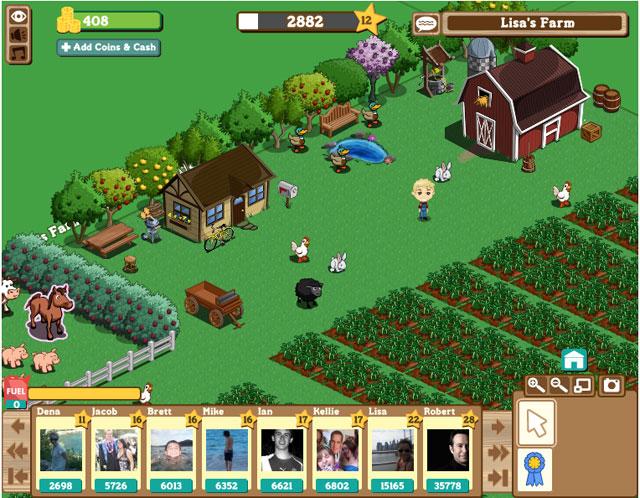 It’s certainly challenging from a press perspective because we can’t exactly write a traditional review any more!

Believe me, we feel that pain! You know, one of the hard things is that as we get further along in the game, getting the game part right is harder because experienced users want more. World of Warcraft is a good example of this. It becomes very important to think about systems in the games that interact with each other and to make sure that it’s going to be an experience that we can continue to evolve super-simply.

One of the things that makes a game interesting for users is the element of choice: having that feeling of delight where you get to make an interesting choice and see an effect. At the simplest level that’s choosing a crop, but we have even more interesting versions of that coming where you’re going to be able to make choices that have a medium-term effect.

We know that people want to play FarmVille in different ways, and it’s startling. It’s true not just of FarmVille but of other Zynga games, that users show you what they want, and that’s what’s so interesting about this space. For example in Mafia Wars at an early stage people were behaving in sort of a clan pattern that we didn’t anticipate, so we expanded that part of the gameplay.

We’ve seen some of that as well with FarmVille; for example, users have really responded to the trading that’s involved with the horse stables. Our pattern is to put a small piece of something out, and if people like it, do more of it. We don’t want to overwhelm new users because we know how popular the game is for them, but really to give older users, people who have been playing FarmVille for a while, deeper components to the game that if they like it they can get deeper into, or they can still play FarmVille the way they loved it. 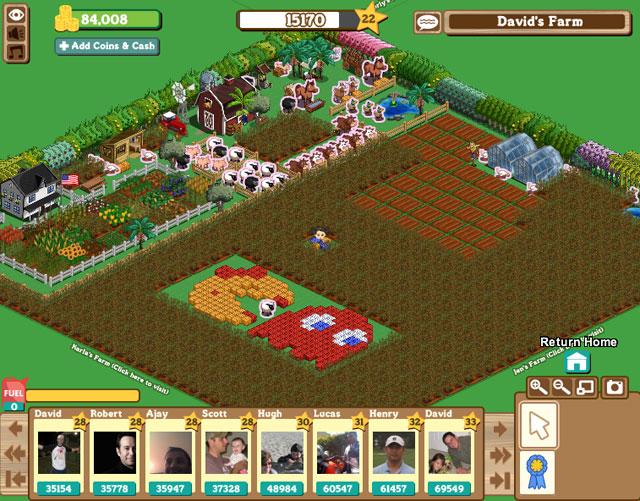 How are you dealing with the incredible volume of users, especially in a game like FarmVille which is up to more than 80 million monthly users?

In fact, depending on the day it’s something like 31 million users per day. The monthly stuff actually isn’t our problem, it’s the daily. It’s a great problem to have, but the sheer size of it is unbelievable. We’re far bigger than anything else that’s existed before in the game space where people are playing at the same time. The short answer is we just hire a ton of really smart people, but really we’re in uncharted territory.

I think people look at our games and maybe don’t realize how complex some of the programming aspects are, particularly on the systems side. For example, just the amount of social information that we have for users — not about their private data but their data in-game — we have gigantic chunks of information that people expect us to update in real-time.

We continue to make improvements in performance and we have this question of can we then add a new system that we know people want that puts further drain on the system. We get into this sort of fascinating arms race: Do we want to make the game even faster, do we want to give players something new, do we want to have more gifts, or more complicated features on the farm that track more information in real-time about their friends?

Did the success of FarmVille take you by surprise?

We were very confident it would be big, but honestly the size and scope of it has been a pleasant surprise. At launch we started with about 200 people within Zynga’s family and friends just to sort of load-test the game at the very beginning on a Friday. The next day without any promotion of any sort, without even all of our communication channels on Facebook hooked up, there were 27,000 people playing. The next day there were 150,000 people, which was astonishing because we meant it really as a tiny little closed Alpha almost just to make sure things were working on the system. I think two days after that we were at 1 million people. It just exploded.