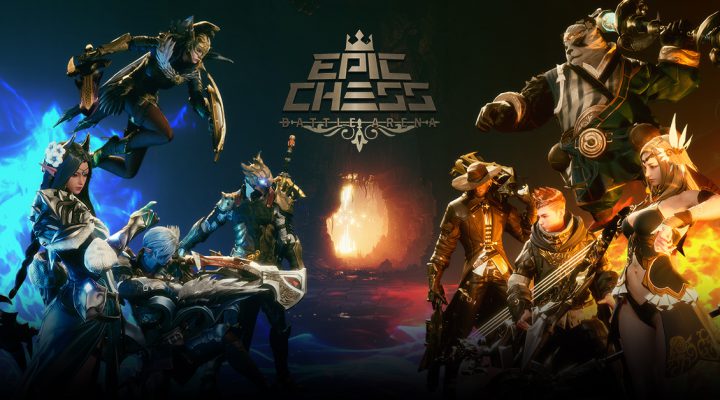 Chess isn’t what it used to be. Once a silent, stuffy game for swots, chess has mutated into a thrilling new genre called the auto-battler, and Epic Chess is the latest example.

It looks promising, too. Developed Pathfinder8 (with Glohow lending support on providing the best possible service to users), the game sees you battling both with and against your fellow players for supremacy on the global leaderboards.

There’s a multitude of different races and classes to choose from, and the aim is to combine these into invincible teams of fantasy badasses. Hero and rune settings allow you to plan ahead and apply strategy to your battles, while you can also buy and strengthen items using gold for that vital extra advantage on the battlefield.

Being an auto-battler, Epic Chess’s fights play out automatically, but you can improve your odds with canny choices.

There’s a team battle multiplayer mode, too, which allows for cooperative play – a pretty much unique feature in the auto-battler genre – and deeper strategy through rules such as Showdown Battle and the shared slot system. You’ll just have to play the game to see what that means.

Alas, Epic Chess isn’t available yet, with a launch date pencilled in for some time in the first half of this year. But you have a chance of sampling its gameplay – and contributing to its development – right now by joining the game’s closed beta.

From now until midnight on April 5th, you can apply to participate through the official Epic Chess website. If successful, you’ll get a product code sent to you at the email on your application.

Plus, when the game goes live you’ll get some lovely rewards for your troubles, which is a double win in our book.

Head on over to the Epic Chess website to get involved.