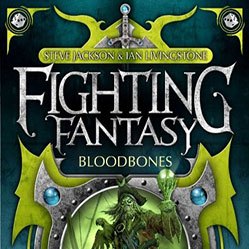 If you haven’t heard of Fighting Fantasy, it’s a series of gamebooks that have previously been adapted for iOS by Big Blue Bubble, but the license has now been picked up by Epic. These are essentially the next evolution of the “Choose Your Own Adventure” books that so many of us grew up reading in the 1990s and 2000s, but with some minor RPG elements added in, too. Prior to iOS, the Fighting Fantasy were around as print books for a couple of decades.

Epic has teamed up with online college Train2Game for this new Make Something Unreal Live event and tendered the challenge to four different startup developers. Other than that, all that’s een revealed about the challenge is that the final games need to be 3D titles that stay faithful to the original IP.

It’ll certainly be interesting to see what the studios come up with, but we’ll have to wait until April 10th before they’re officially revealed.

Number of gamers has nearly tripled since 2008, largely thanks to freemium