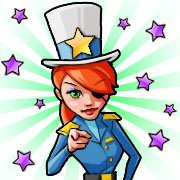 Well that didn’t take long. According to numbers from AppData, in just its first month Zynga’s latest game, Empires & Allies, has already surpassed FarmVille as the second most popular game on Facebook.

The game has helped Zynga maintain its stranglehold on the top 10 MAU charts, as it currently has the four most popular games on Facebook, with CityVille taking top spot and Zynga Poker coming in fourth. However, Empires & Allies‘ rapid rise appears to have had a negative affect on FrontierVille, which has dropped out of the top 10 and currently sits in the 17th spot with just under 14 million MAU.

It seems that the only games that can topple Zynga games are new Zynga games, which means the biggest threat to Empires & Allies‘ growing playerbase could just be the much-rumored FamilyVille.