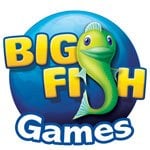 “Today we have customers in more than 200 countries and greater than 50 percent of our sales come from international markets,” said Jeremy Lewis, president and chief executive officer of Big Fish Games. “We will continue to invest towards expanding our brand reach to meet the huge demand for premium casual game entertainment in developed and emerging markets.”

Founded in 2002 with corporate headquarters in Seattle and European headquarters in Cork, Ireland, Big Fish Games distributes more than 2 million games per day worldwide for PC, Mac, mobile phone and tablet under the banner “A New Game Every Day!”