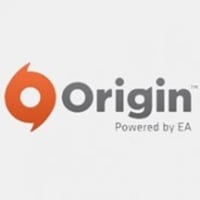 Players can purchase games via a retail shopping cart (similar to Amazon) or digitally download games to their PC device. When you digitally download an EA game, you also download the Origin client, which allows you to play your purchased game on any PC and offers automatic updates. Basically, it’s just like Steam.

Where EA has taken it to the next level is with plans to offer a mobile component as well. Right now, you can only download Scrabble and it’s only for iOS devices which is pointless (I can’t imagine a world where EA builds a better mousetrap than Apple’s iTunes Store). Nonetheless, we speculated that this would be Valve’s next step with Steam and it looks like EA beat them, albeit slightly, to the punch.

Is this the end of retail as we know it?

In the short term, no. EA is releasing limited editions of its major franchises on Origin, including Battlefield 3, FIFA 12, and soon, Star Wars: The Old Republic.

But it’s offering the games at the same price as retail, so as not to disrupt its huge retail channel business.

This is smart politics but the fact is, the retail business for games is as dead as a Tyrannosaurus Rex staring at the sky at the meteor dropping its way. In this case, the meteor is digital downloads.

Aside from making a Walmart executive happy, there is no reason a game that sells at retail for $50 should cost and be priced the same online, because your distribution costs are significantly less.

If EA keeps the prices the same online in Origin as at retail, Origin the download product will die a death similar to Origin the games studio, which EA bought in the past.

Given the amount of thought and features in the product, however, I think this is EA’s acknowledgement that though they rule the retail world today, unless they change, they will be obsolete in the future. Prices may be the same online and at retail today, but EA slowly will introduce discounts, push marketing budget from retail to Origin, exclusively release new game franchises online only, until they can transition their business to online only.

In the long term, retail for games is a dead business, no matter what EA does.

EA has the resources to win at digital downloads, as well as iOS and Android apps, social, and Facebook. The question is: do they have the gumption to risk their current businesses to survive and win the future?

Origin is a good first step, but EA needs to take a giant leap for this to be as big a deal as the press release suggest.

Gardenscapes is $2 today at Daillly

The world of Ravenwood to expand with Ravenshire Castle