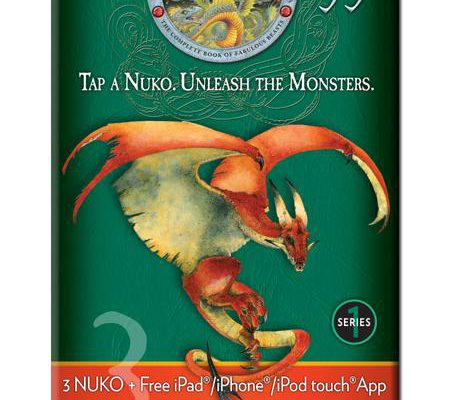 While the surge of tablet and mobile touch-based devices brought forth a surge of several innovative gameplay concepts and ideas, it’s very rare that developers look beyond the screen itself. There’s the occasional external device, such as the iCade, but it isn’t often that entire apps are crafted with an external input device in mind.

Nukotoys would like to change that, and they’re looking to enter the digital market in a way that no developer has tried before. By combining physical cards with digital apps, they’re looking to branch the world of toys and gaming together in a fun and affordable package. In celebration of their MobileBeat tablet startup competition victory, and in anticipation of today’s worldwide release, we were able to catch up with Doug Penman, Co-CEO and Founder of Nukotoys, and talk about his company’s goals and ambitions.

“We really are trying to make toys for the kids of today,” starts Doug.  “We built the heart of the business on connecting digital and physical play. We created a platform that allows you to take physical products and connect them in interesting ways.”

Nukotoys are currently a card-based product that is activated by tapping a card to a tablet’s screen. Almost instantly after tapping, the game recognizes the card and brings it’s in-game equivalent to life. The technology is uncanny if you’ve tried it for the first time, and I ask Doug a little more to determine exactly what makes the technology work.

“They work with a capacity screen, so when we port across to Android, the exact same cards will work on all platforms,” he responds. “It uses your body’s capacity of energy, the way that your finger can touch the screen and work. But it runs it through and almost forms an electrical connection between you and the card that runs a unique card number into the game’s asset server, pulling up that asset”.

The concept of a complex action creating a single, magical in-game transformation has me thinking about another toy-based game: Skylanders: Spyro’s Adventure. I ask Doug whether or not his company has been inspired by Skylanders, and what Activision’s incredible success meant for his company’s forage into the physical-meets-digital market.

“We actually started with very similar technology about three years ago that allowed you to tap a figurine and connect to a game,” Doug replies. “But we moved to iOS in order to leverage ourselves with growth. We’re looking for a low-cost entry point for kids to get into, instead of a $70 starter set. Kids are given a few free cards on the app to start playing and see if they like it, and then they can buy physical or digital cards afterwards to increase their collection.” 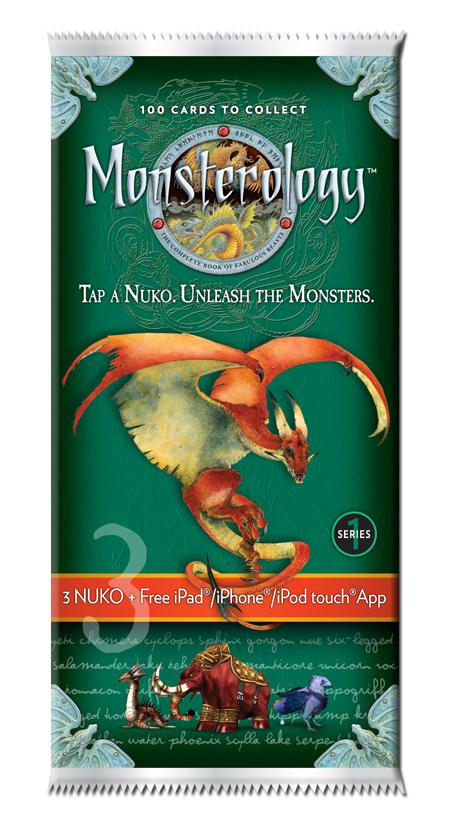 Indeed, when compared to the high entry-point for the figure-based Skylanders, Nukotoys Packs are a bargain at just $1.99 for three randomized cards. A pack of seven cards is $3.99, and the exclusive 28-card box set will run for $19.99 at Apple Stores. And glancing over that fact – a presence in Apple Stores themselves – I realize just how much potential Nukotoys has of becoming a smash hit.

“For such a young company we have very strong retail,” Doug explains. “[We’re launching at] Walmart, Target, Toys “R” Us, and even the Apple Store. Apple’s very excited about our product, because it really promotes their technology. We’ve [helped build our presense with] some really interesting people from toys and cards and gaming, including Wizards of the Coast, Sega, Matel, and Pixar.

But it isn’t just big names in distribution and development, either. Nukotoys is hoping to kickstart their product success with two additional partnerships. Doug eagerly introduces me to his company’s first apps. 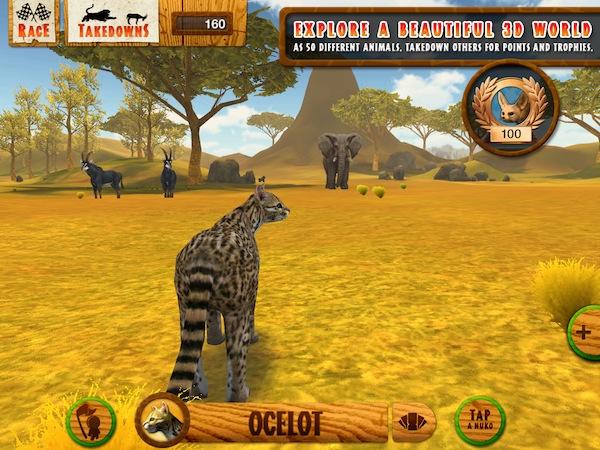 “We have two products: The first is Animal Planet Wildlands. That’s a Discovery license, and they’re very excited with what we’re doing. They’re just starting to get into mobile and tablet apps, and they see us as part of their digital strategy as a way to combine it with their retail presence. It’s an educational 3D animal exploration game, coming to all iOS devices, and at some point Android as well. Primarily, it uses the power of the devices to bring higher-resolution creatures to life, allowing you to explore in packs and take down other creatures. This helps kids learn about the food chain.”

“Our second product is our App for the Monsterology series. They hadn’t found a way to link their business to the digital world in a very meaningful way. Hence this project, where we’ve been able to develop a 100-card set of monsters and traps. It’s a fully-fledged card game with multiple areas and expansions, and we’re hoping to bring in Dragonology and Wizardology into the world as well.”

Opening the app up and exploring it, I quickly learn that this series could easily attract an older player. The toy-collecting aspect is a great hook for children, but the game itself offers a great level of depth and strategy.

“Your goal is to capture your opponent’s portal in a turn-based strategy game, explains Doug.” There’s a lot you can do: you can battle in the environment, you can drop catapults into the environment and launch characters in a sort of Angry Birds style, and you can play a variety of abilities and power-ups. It’s a really rich environment with a ton of gameplay. It’ll launch with single-player against the AI, but we’re currently developing multiplayer as we speak. 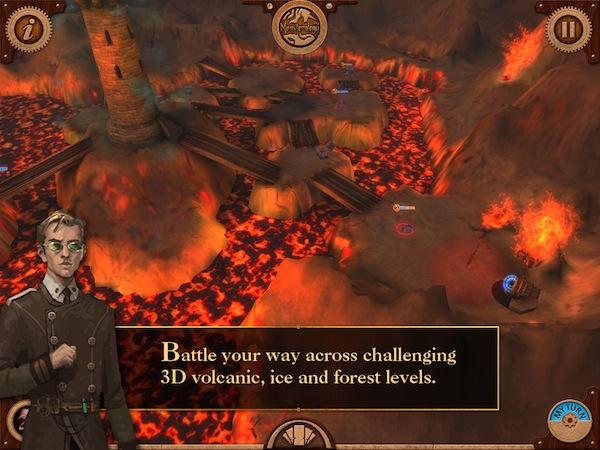 While Nukotoys is as young as a new technology can be, I can’t resist asking Doug what his plans are for the future. While he was careful not to spoil all of the company’s future toy designs, he seemed very enthusiastic about the months to come:

“Three things come to mind. One is increased development of our existing franchises. We could go to dinosaurs or mermaids even with Discovery, they have a very interesting pipeline of new programming that comes in each year. The second is increased gameplay with the cards – we’re only scratching the surface with our card-tapping interface. There’s a lot of other things we can do with them moving forward. And the third is new technology, such as new form-factors like figurines, or increased ways to connect users with devices in a magical way.”

Nukotoys might consider themselves to be the Silicon Valley toy company, but after exploring the company goals and technologies, they might be better classified as “magicians”. They use complicated mechanics and technology in order to deliver the illusion of magic to others. And with their wide array of assistants, from development to distribution to licenses, it’s very likely that these two card games are just the opening act.