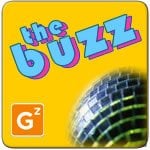 The U.S. presidential election is less than a month away, and several developers have weighed in with politically-themed video games. Some of them are educational and inspiring while others are satirical or just plain silly, but there’s no mistaking the fact that games are becoming the 21st century version of the political cartoon. Here’s a look at some of the games that were inspired by Election 2008.

Debate Night
Debate Night is a Zuma-style arcade game set in the midst of an Obama vs. McCain TV debate. As McCain’s arguments (represented by different icons) advance towards Obama, you must use your canon to swap them into groups of three or more to "refute" them and make them disappear. When Obama’s main argument appears, juggle it to the front of the line so that he can use it and inch closer to winning the debate. If any of McCain’s arguments reach Obama, the game will end!

Bush or McCain?
Just how similar are John McCain and George W. Bush? Play a few rounds of the Who Said That? game show to find out. You’ll answer 20 trivia questions where you’re shown a snipped of text (like, "In the 21st century, nations don’t invade other nations") and you have to guess whether the quote came from Bush or McCain. Some of the answers might surprise you…

Campaign Rush
The only time management game in our roundup, Campaign Rush puts you in the role of a harried volunteer working in a delegate’s office, chugging coffee, photocopying pamphlets and trying to keep up with the constant barrage of phone calls and emails.

Presidential Pong
This one is especially silly, but fun nonetheless. Choose a candidate and opponent – if you choose a character from the Democratic party, you’ll automatically square off against a Republican and vice versa. Each candidate has a different power-up, like Obama’s "Lincoln’s Statehouse" power, which lets him catch the ball and hold on to it for more accurate aiming. Other than that, it’s basic Pong. Avoid missing ball for high score.

White House Joust 2008
Another take-off on an old arcade classic, set in Myrtle Beach during the presidential debates. Choose your candidate, then ride around in your blimp trying to ram your opponents to pop their blimps and cause them to miss the debate. Deflated opponents will drop their playbooks, which you can grab to learn secrets about their campaign strategies!

Stop the Pork
Help stop John McCain in his "tireless fight against wasteful spending" – Space Invaders style. Use your "ship" (a John McCain logo) to shoot rows of pigs and randomly appearing pork barrels with your VETO-shaped laser. It’s literally a full-scale, intergalactic battle against pork-barrel politics. Get it?

JetDelegate (Facebook)
JetDelegate is a politically-themed take-off on the popular Jetman social network game. You pick a delegate (Obama, McCain or Hillary), launch them into the air and guide them around obstacles during their jetpack-fuelled flight to see how long they can last before crashing.

If you’d rather try running for president yourself or flex your organizational muscles as a behind-the-scenes campaign organizer, check out Stardock’s The Political Machine, TheorySpark’s President Forever, or Positech Games’ Oval Office. This trio of in-depth strategy games puts you in the presidential hot seat as you travel from state to state trying to sway voters by any means necessary. These are great for people who want to know more about how the electoral process works.

In case you hadn’t heard, Canada is gearing up for a leadership election of its own next week. We don’t want to exclude our friends from the Great White North, so here’s a link to Extreme Makeover: Harper Edition, a game sponsored by Jack Layton’s New Democratic Party that pokes fun at Prime Minister Stephen Harper’s fondness for wearing dapper sweater vests.

Just In: Samantha Swift and the Hidden Roses of Athena