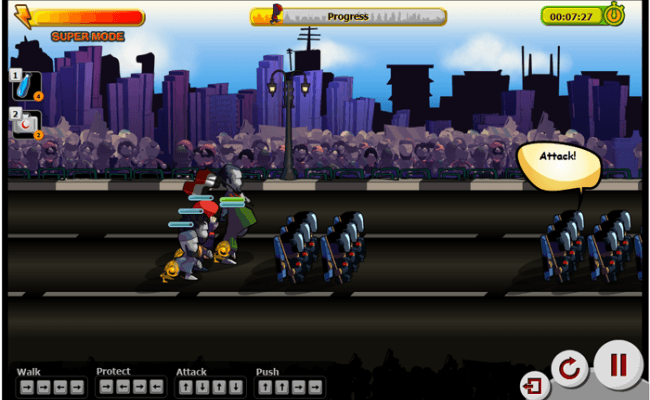 While most folks in the West associate social media with posting pictures of our dogs, telling the world about our breakfast, or playing the latest freemium funfest, people in other parts of the world have seen it as something much bigger. Take the Middle East and North Africa (MENA) region. In MENA, social media has played an instrumental role in revolution. Now an Egyptian game developer is looking to commemorate that fact with the release of Crowds: Voices of Tahrir Edition.

A rhythm game set against the backdrop of last year’s January Revolution in Egypt, Crowds will tell the tale of the 18 day uprising through a release on social media platforms (with text options in both English and Arabic) soon. We recently had a chance to speak with Mohamed Sanad, Marketing Executive at NEZAL Entertainment, about their upcoming release.

Why a game about the Egyptian Revolution?

MENA region is a widely underserved market and ignored by the big players when it comes to original gaming content that is culturally relevant to players. Since its inception, NEZAL Entertainment is working to fill this gap by producing games that are culturally and emotionally relevant to players in the region. Over the past year the top trending topic in the region was the Arab Spring revolutions, so we decided to put it in a game that somehow documents it through nice gameplay.

Being based in Egypt, the team at NEZAL has no doubt experienced the revolution depicted in this game first hand. How have your experiences informed the development of the game?

Being based in Egypt the team experienced the revolution from the beginning; most of our employees, just like many other Egyptians, were on streets walking, shouting with the crowd and even getting some tear gas. It helped us in many aspects, especially in both visuals and audio. We know the words that people talk, what tear gas really looks like, how it is fired and how it affected people, and what the goals of the revolution were. We used all this information to make our game look close to what happened in reality, but in our own style.

One thing that many of the Arab Spring revolutions have had in common is the surprisingly important role of social media. Is that part of what drew you to making this game for social networks?

Definitely. After the revolution many people started to use social networks, especially Facebook. They wanted to explore the tool that helped people in the revolution. Another important factor that we took in consideration is the steady growth of Arabic language users on Facebook after Facebook’s decision to add it.

Why a rhythm game?

During the revolution, crowds were presenting their demands in a musical cheer that followed a beat, and we wanted to make use of this important factor in our game. On the other hand, the rhythm based game genre is not popular in our region, so we wanted to introduce it instead of just making yet another farming game. 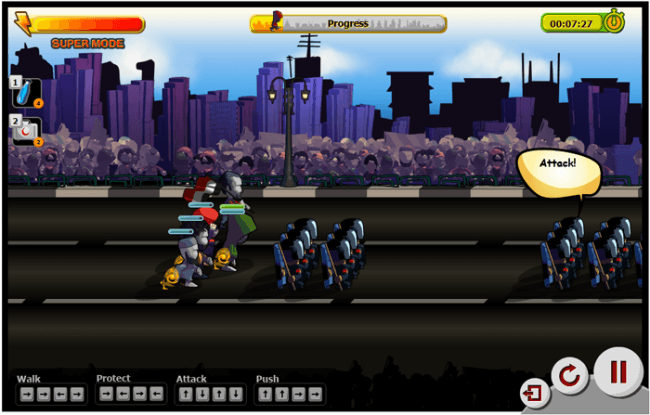 Games that address social and political concerns are often focused more on the message more than the gaming experience. What does NEZAL Entertainment have in store to help turn that trend?

We don’t mistake gameplay for story, and at the end of the day we created a game that should have a nice gaming mechanism that is fun to appeal to players. Our story in this game is communicated through gameplay actions; we don’t have long cut scenes to narrate the story. Instead, we try our best to put most of the story elements inside the gameplay. For example, players will meet famous characters that played an important role in the revolution inside the game and accomplish some missions with them, instead of just making a cut scene for these characters.

The visuals in Crowds seem to depict featureless faces on the characters. Was this a conscious decision? Is it symbolic, or just a stylistic choice?

We had a long discussion regarding the style of our crowd design with our art department, and we decided to make them faceless to stress the fact that everyone participated in the revolution, so we picked this style as a symbol for inclusivity. There is no single group or community did it alone, all people got in this in a way or another. 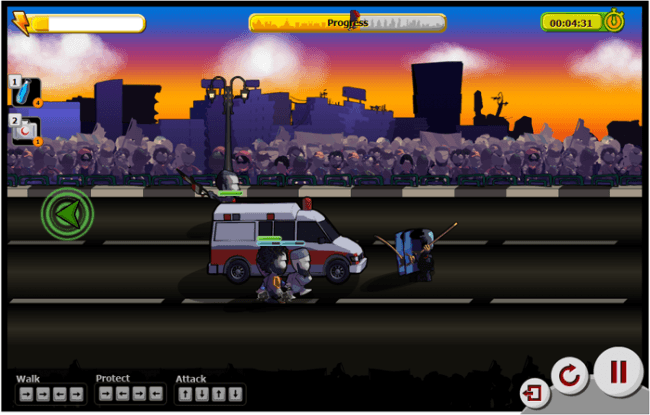 The full title of your game is Crowds: Voices of Tahrir Edition. Is it safe to assume that other editions are planned? If so, will they tell the tales of other Arab Spring revolutions?

Yes, you can assume that. Our plans include other versions of the game and not only for Arab Spring revolutions; everyone must have noticed that revolution fever is all around the world not only in the Arab countries, not to mention the Occupy movement.

Having developed a rhythm game set against the backdrop of the Egyptian Revolution, the team at NEZAL must have some Arabic musical acts they really adore. Here’s your chance to spread the word: what music should the rest of the world be listening to that they aren’t yet?

For this game we aimed to develop a musical track that had the epic, dramatic feel commonly associated with orchestral music, whilst still keeping true to our Egyptian cultural background. It’s not just an amalgam of musical style, but rather an original element to further catalyze the emotion we intended to deliver. Although you won’t really find the same kind of genre that we went for in our culture, it is definitely inspired by artists like Mohammed Abdel-Wahab and Um-Kulthum, as well as many other more contemporary modern-day Arab musicians. You should definitely give them a listen.