Edmund McMillen: The Binding Of Isaac’s graphics were rushed 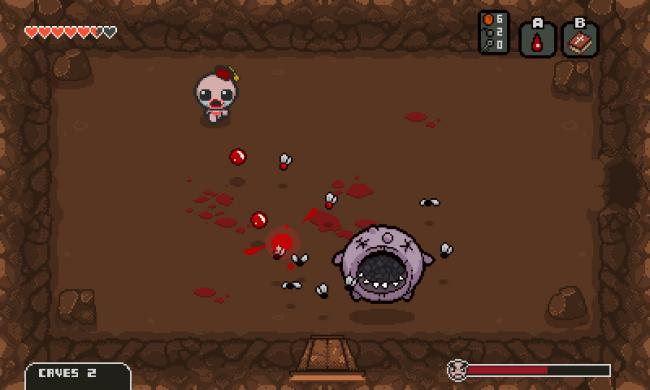 “Isaac was a big rush job and I did all the art in less than 2 months,” McMillen explains. “I wasn’t ever happy with it and hadn’t planned on the game being so successful so I just got the job done so I could finish the game…aka the art was lazy and to me, [was] just an eyesore.”

The new old-school look of The Binding of Isaac: Rebirth

McMillen goes on to explain that he desired for an entirely different look, favoring a more “retro” look over what he ended up putting into The Binding of Isaac. Because the game was based on Zelda, McMillen said, he wanted to do the whole game in pixel sprites but did not put much faith in his artistic ability, nor did he have the time to invest to do so.

The Binding of Isaac: Rebirth’s art redesign has been met with some criticism from fans of the original game. McMillen addressed concerns over the new art direction in the blog post, as well:

“The pics you have seen are still very early builds of the game, all the basic art is in place but none of the game’s new visual additions are at all in place.” McMillen says that fans can expect a variety of “pretty” animated pixel effects like fog, torches, moving grass, and more.

Read the blog post in its entirety on McMillen’s official blog.

This Week in China: Cut the Rope is king