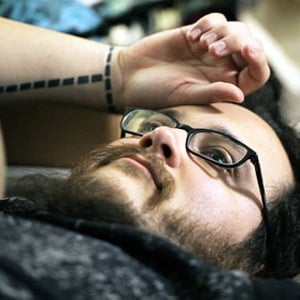 Welcome to the fifth and final part of our interview series with Team Meat’s Edmund McMillen. One quick thing before we begin: The Basement Collection is out today! In fact, I’m writing this as quickly as I can so I can fire it up and check out all the awesomeness. And with that out of the way, let’s get on to today’s entry.  It’s quite short, but when you read it, you’ll no doubt see that we saved the best for last. McMillen has ambitions to make a horror game, and while the project is up in the air at the moment, he was kind enough to share a few details with us. Enjoy!

Have you ever thought about making a horror game? Because that would be pretty amazing.

Yeah, there’s something I’m working on now that’s pretty literal horror. I can’t say much about it because I don’t know if it’s happening. It came out of the air — similar to Isaac — where I’m sitting around and talking to somebody about something and it’s like oh, that works. That formula works and it hasn’t been done yet. I don’t know if it’ll happen yet; it’s something where I don’t think it’ll be that much work for me and Tommy, but more work for this other person.

But because of that we could fit it into our schedule while we’re working on Meat Boy (for iOS), and I really want to do it. But it’s pretty out there, and in order to do it we need Steam’s support because the game would be Adult, if that makes sense. It’s a horror game, like it’s a horror movie-game. And it would have the content of an R-rated horror movie, and an R-rated horror movie in a video game doesn’t… the rating is higher. We need to see what we can get away with. If we can get away with it, I’m 100% down. It should be a really fun, unique experience. And maybe one of the first times I’ll be hands-off in the art department, but I think it’ll be pretty cool.

There’s another idea for a more psychological, creepy horror game that I’d really want to do, but it would mean me learning 3D modeling which, it’s a possibility, but it’s probably gonna be backburnered for quite a few years.

And with that, our week-long interview series has drawn to a close. If you missed any of the past posts, I’ve included links below to all of them. Additionally, everything is compiled here. Thanks for reading!