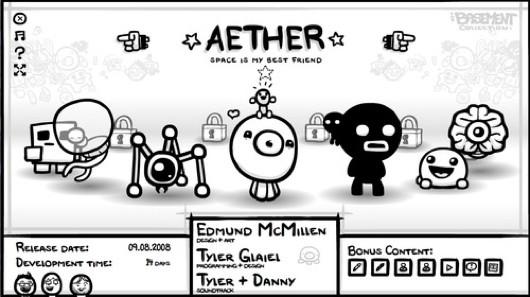 The indie scene is in a healthy place. With the rise of platforms like Steam, Desura – and to a lesser extent PSN and XBLA – creators have acquired a level of autonomy unlike anything in the traditional publishing space. In many ways, Edmund McMillen has taken that freedom and run with it, pushing the medium in directions we’ve never seen before.

You may know McMillen best for Super Meat Boy and The Binding of Isaac, but those are just the tip of what is a fairly prolific iceberg. He’ll be compiling much of his other work in The Basement Collection, an upcoming release that’s bursting at the seams with extras and hidden goodies.

To learn more about the content-rich release (and so many other topics), we met up with Edmund at his Santa Cruz residence and had a lengthy conversation. This is the first in a series of five posts, and we’ll be rolling out a new one each day this week.  Click here for easy access to each segment of the interview once posted.

What prompted the creation of The Basement Collection?

A lot of this was… of course these games are cool in their own right – people like them and everything –  but I wanted to kind of destroy the illusion of “I made Super Meat Boy, and that was it.” It looks like I just came out of nowhere, when really, I’d been making games for eight years. A lot of people just know me for Meat Boy or Isaac. And I wanted to just kill that.

I think that’s a bad illusion to have. Especially in the US, with TV and everything, it kind of pushes that illusion that people “just succeed.” They just win the lottery, basically.

The Basement Collection is said to be loaded with plenty of extras.  What motivated you to create so much bonus content?

I’m a fan of collections. I got the Mario History one, and I was so disappointed. [It comes with] the most half-assed book. You’d think after all these years they’d have so much more than this.

[With The Basement Collection], I think going overboard with the stuff that I did consciously go overboard on is because I’m a fan of stuff, and this is what I would want. That’s kind of how I go about everything. I just do it the way I would really want it, and I price it the way I feel is fair. I paid $5 for The Binding of Isaac, and that’s a much more new substantial experience than the collection, so the collection makes sense to me that it’s $4.

Were you at first kind of torn about whether or not you wanted to change anything in the games?

There were certain things I wanted to change and improve. Like with Aether, Tyler [Glaiel] was like ‘I need to improve the physics’. We only spent 14 days on Aether, so we actually spent about that much just polishing it back up. He hated the music that he made for Aether, because it was sort of repetitive, so he was like “can we get Danny [Barnowsky] to do something?” And then I asked Laura Shigihara. She did the music for Plants vs. Zombies. She did a full soundtrack [for Aether in The Basement Collection]. It’s weird how the soundtracks kind of change the feel of the game.

Aether is the game I’m most excited to see, as far as how it turns out in the Collection.

It’s got a bunch of extra secrets, and the graphics have been completely updated. Like, you wouldn’t think [so] because in your mind this is what it looked like, but if you put them side-by-side, I re-contrasted everything so it’s dramatically different. The other one looks really washed. And you can see the little tentacles have physics on them now. And the controls have been completely improved; there’s more of a flow to how everything feels. And there are a ton more little aliens and stuff flying around in space and stuff to interact with.

With going back and tweaking this stuff, do you feel like you’ve learned something? Maybe something that will influence your future games?

Going back to these games – especially Triachnid –  I made this in 2006, and a lot of it is cringe-worthy. The older I go on these things, the more it’s like “why did I do that? I didn’t know what I was doing. It’s all me experimenting with things. You’ve got to learn. The flies [in Triachnid] are attracted to his head, and there’s a part of me that’s like “I wanna fix that!”, but then it doesn’t show growth as much as I would like to show.

Triachnid didn’t get any content changes, but all of the games – like all of the ads and branding for anything that would be annoying on the Internet –  is of course gone. And everything is hi-res and as full screen as we can get it.  In Adobe Air you can do mouse support with both sides of the mouse, so [in Triachnid] you can actually grab things with this button now [the other one], which makes things a lot easier.

What else can players expect to see in the Collection?

Meat Boy is here with improved controls and a bunch of bonus content, and then Spewer is here with a whole new chapter… 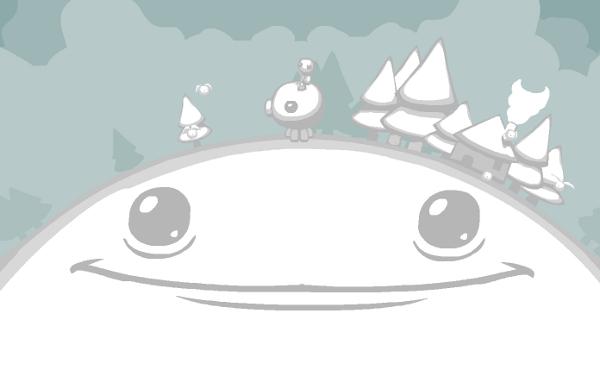 Being 100% honest, I haven’t actually played Spewer yet.

When did you make this?

This was one of the last ones before Super Meat Boy, so I did AVGM, Spewer, Time FCUK, and then Super Meat Boy. The best games in the pack were the ones I did at the very end of my flash development career.

And then there’s Grey Matter. it’s one of the first games that Tommy and I ever made [together]. It’s pretty good. It’s like an anti-shooter. It plays like a bullet hell shooter, except you are a bullet, so like you have to just run into everything. And Danny [Barnowsky] did the music, so it’s really @#$%ing good.

Aside from all the games, there are the secrets, which are pretty substantial.  [There are] commentaries, there’s a Q&A for Time FCUK, I did one for Aether … there’s so much more. 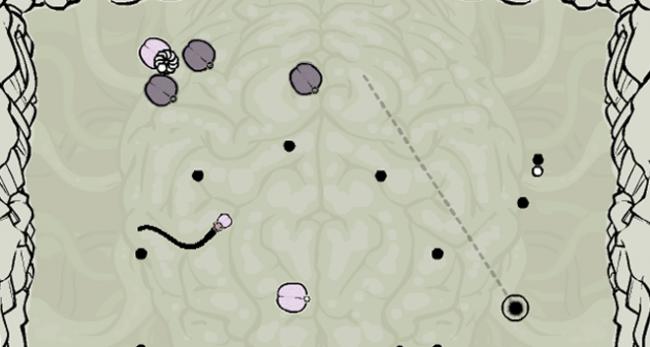 Are you predicting a crazy amount of tattoos and fan art to come out as soon as this is out? Would it be weird to see tattoos of things you drew as a teenager?

That would be weird. It’s pretty funny because a lot of my sketchbooks I remember when I needed money I brought them to tattoo places and said “could you buy this off of me?” and they wanted to have me bring it in a certain way and I ended up just being too lazy and not doing it.

Speaking of money, we’ve heard that some of the income from The Basement Collection is going to programmers and such you worked with?

Yeah 66% is going to the programmers. I’ve got money, so it’s not a huge deal, and sometimes I feel a bit bad about the fact that I did all this stuff that started my career… we made very little money from these games when they came out. We made enough to make the months we spent on the game worth it, basically – and the earlier games made nothing. Tyler, who did AVGM with me, he’s going to get a substantial cut because he also did all this [The Basement Collection]. He put it all together. And then I’ll split the rest with three of the other programmers that redid all of the stuff for the other games. Florian doesn’t need a cut; he’s getting 50% of the Binding of Isaac, so he’s fine. But yeah, it was a cool way to give back to all of the people who helped me get where I am now.