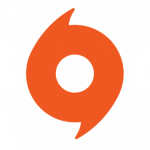 When it comes to digital distribution, few services have managed to establish a presence as strong as Steam.  EA decided it might be able to do one better with Origin, but over the last year it really hasn’t gained the traction that they were probably hoping it would.  Maybe a jump to some new platforms might help the situation?

During their press conference at Gamescom today, EA’s Peter Moore announced that Origin would be expanding to Mac, Android, Facebook, and Smart TV’s.  There wasn’t much given in terms of details, but it’s an interesting development nonetheless.

It also raises some questions.  While I can imagine what they’ll do on Mac and Android (where anyone can set up a storefront), Facebook and Smart TVs seems a little less clear.  Sure, Smart TV’s are probably the future of home entertainment – but are they really equipped to handle massive game downloads?  Right now they’re certainly not.  So either we’ll see mobile games on Smart TV’s (again), or… maybe EA is looking to introduce streaming?  (SPECULATE! SPECULATE!)

Facebook seems even stranger, because Facebook games are free to begin with, and FB wouldn’t possibly allow EA to circumvent their existing payment structure – so what would be the point of bringing Origin to Facebook?  Again, my gut says streaming – if only because Gaikai already proved that Facebook could be a perfect launching pad for streaming games.

A few other tidbits about upcoming Origin changes were announced, including the addition of free-to-play games and a new look for their dashboard.  Considering the great job EA has been doing in the free-to-play market (check out PLAY4FREE.com to see what I mean), I’m surprised this one didn’t happen sooner.

Are you using Origin?  What do you think of it so far?