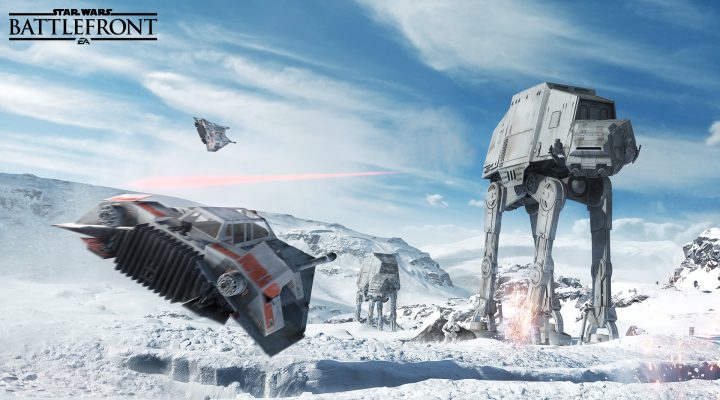 Sure, there’s a Star Wars Battlefront companion app, which came out last week in advance of the release of the console game. It seems like it might be pretty nifty, but only if you’re playing the actual game. It would be a lot more awesome if EA would simply make a Battlefront title for mobile, right?

The game that comes out tomorrow, Star Wars Battlefront, is a traditional first-person style shooter game. Our goal is to make future Battlefront games as well as other style games around the Star Wars franchise, both on mobile as well as console and PC. It’s a huge opportunity for us.

Granted, Jorgensen might have been emphasizing the “other style” over the Battlefront in that quote, but it’s interesting that he mentioned mobile first. EA already has a successful mobile business, so figuring out a way to translate the Star Wars Battlefront brand to smartphones and tablets might not be as big a stretch as it would first appear.

Then again, considering the reviews for Battlefront have been somewhat middling so far, maybe EA should concern itself with clamping things down on consoles first, especially since a lot of hype came with this initial effort. Just don’t be shocked to see the brand make its way to mobile someday. That 10-year deal with Disney offers plenty of chances.

Vainglory is Already Big in China