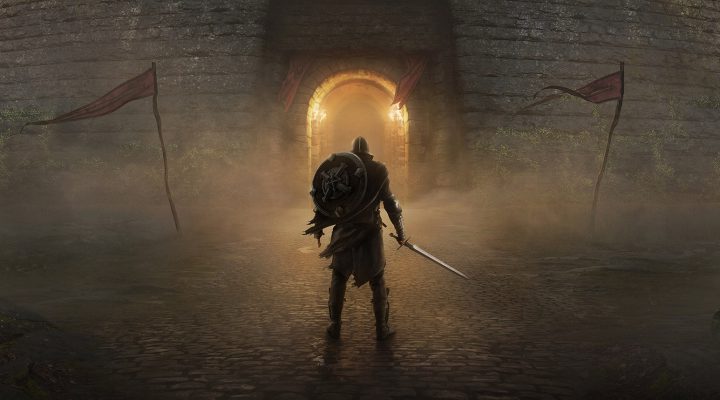 One of E3 2018’s biggest surprises came during Bethesda’s press conference when it was announced that the next Elder Scrolls won’t be the long-awaited sequel to Skyrim, but a mobile game subtitled ‘Blades’.

It will be the second title in popular role-playing series to hit tablets and smartphones, though this one is no mere collectable card battler. Blades is a free-to-play RPG designed from the ground up for mobile. Skrim on iOS and Android? Not quite, but it looks like a happy compromise.

Stunning, console-quality visuals are the first thing which stood out, the kind of graphics that make you wonder whether your previous-generation iPad will be capable of running this absolute powerhouse.

In terms of gameplay, Bethesda hasn’t attempted to cram the full Skyrim experience onto mobile devices, though it does appear to have made the right concessions by reimagining the series with touchscreens in mind. There are a range of different combat styles to select and three modes of play on offer, each tailored for the hardware in question.

Abyss pits players against a neverending, procedurally-generated dungeon, while Arena is the game’s PvP mode. Those seeking something close to a fully-fledged RPG experience won’t be disappointed as Town provides that, with city-building mixed in. It comes with the usual quests and narrative, weaved around the core premise of the hero returning to their hometown, finding it demolished, and vowing to rebuild it.

Blades looks like a hugely ambitious game and it’s clear Bethesda has gone to lengths to ensure it’s fully optimised for mobile. There’s even a portrait mode to cater for players on smartphone. What’s more, the game will eventually be released for PC and consoles with cloud-sync support so players can pick up their progress on their home platform.

A release date The Elder Scrolls: Blades is yet to be announced, but it may not be too far away since you can pre-register for it on Google Play, the App Store and its official website right now.