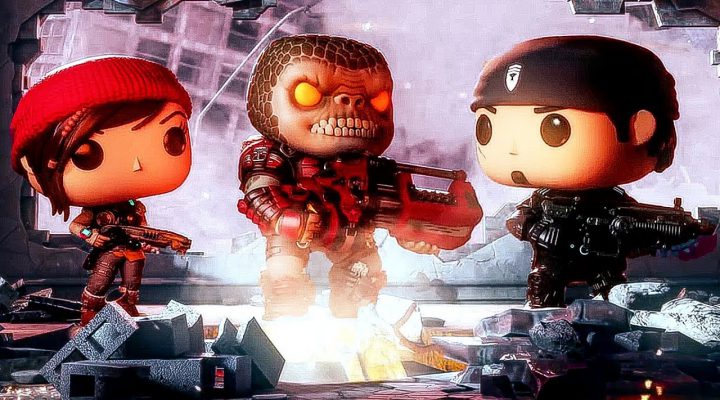 Amid all of its triple-A game launches, E3 2018 also played host to oddball announcements, like Microsoft’s Gears of Wars mobile spinoff.

The shooter series blasting its way onto tablets and smartphones isn’t unusual in itself. Most blockbuster gaming properties have found their way to iOS and Android in some shape or form, but nobody was expecting Gears of War to receive a Funko Pop makeover.

Announced during Microsoft’s press conference, Gears POP! is a mashup of the Xbox franchise and the popular toy line. Little was revealed in its 42-second launch trailer, but attendees did get a look at the Gears cast reimagined as a bunch of big-headed collectables.

It’s unclear whether Gears POP! will be a mobile shooter similar to its console counterparts, or push the series into new territory by taking on the form of a collectable card battler or a free-to-play strategy game.

In any case, it may be a while before we find out because Microsoft is yet to stamp the game with a firm release date, confirming only that it will be available on iPhone and Android devices sometime next year.

Meanwhile, Microsoft also revealed plans at E3 for a streaming service that will bring console gaming to all kinds of mobile devices, including tablets and phones. Xbox head Phil Spencer said that his department is aiming to “[perfect] your experience everywhere you want to play.”

All the important stuff like pricing, which Xbox games this might include and hardware requirements were kept under wraps, but this is an exciting development that’s worth keeping tabs on.