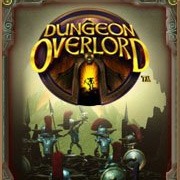 Night Owl Games has announced their Facebook strategy hit, Dungeon Overlord, is making its way to the App Store and Android Marketplace in the form of a companion app. Dungeon Overlord puts the player in the less than surprising role of an overlord of a dungeon. In order to build the best dungeon possible, the player will need to build an army, gather resources, and build structures – and later this year they’ll be able to check their progress on the go.

When the mobile app goes live, there will be various features that allow certain actions to be performed. Simple features like the event manager and the creature managers will notify the player of important information and allow leveling up minions. More active features will enable actions like building furniture, unlocking abilities, collecting resources, and transferring those resources to other dungeons.

Night Owl Games’ CEO Chris Mayer has said, “The feedback from fans since launch has been fantastic, but one thing we keep hearing is give us more,” and they look to be giving fans just that with the expansion and the upcoming mobile app. The Succubus Stories is out now, and while there is no announced release date for the mobile companion app, Night Owl plans to show it off at PAX East from April 6 to 8.