Dungeon Deep is a Roguelike RPG with Match-3 Puzzler Presentation 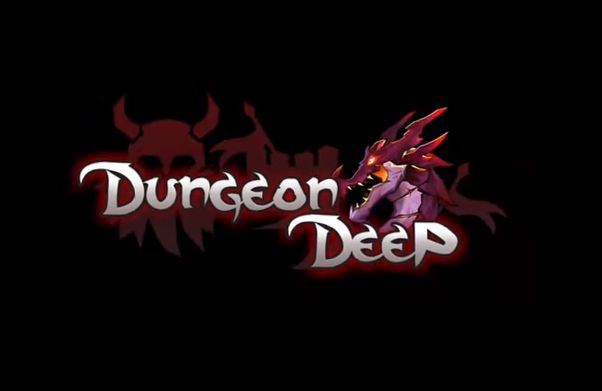 Dungeon Deep is exactly the kind of game we like: a true original. While it may look like a match-three puzzler, it’s actually a roguelike RPG with puzzler elements.

Here’s how it works: you start with a grid of tiles with various different symbols on them. By dragging your finger across the screen horizontally, vertically, and diagonally, you can collect these tiles to boost your mead-craving dwarven character.

Shields give you protection, red potions restore your health, weapons increase your attacking power, and so on. You can also move your character over chests and other types of cards to level up and equip various rune cards.

There are gold coins littering the levels, too, and you get to spend these between attempts on permanent upgrades to your character and his village, allowing you to get that little bit further next time you play.

Of course, it’s not all free loot. Evil skull tiles drop in from the top of the screen, with other, even deadlier cards joining them in due course. You need to kill these enemies in turn-based fights, adding a tactical dimension.

Do you use your move collecting that long string of interconnected coin tiles, or do you collect that measly couple of potions to stave off death? Do you chip away at a skull in a standing one-on-one, or do you retreat so that you can take a run up later on, passing through weapon tiles en route to ensure that you wipe them out with a single swing?

Dungeon Deep hides a huge amount of depth behind its low-key matching puzzler facade. Not only does it let you build your own custom character, but there are over 120 unique skills to collect too.

It’s a proper roguelike RPG, but with an ultra-accessible interface and quick, action-packed rounds that makes it impossible to put down.

You can download Dungeon Deep for free right now on Google Play and the App Store.