Home / News / Dribble! is a retro platformer for mobile with classic gameplay and ingenious swipey controls 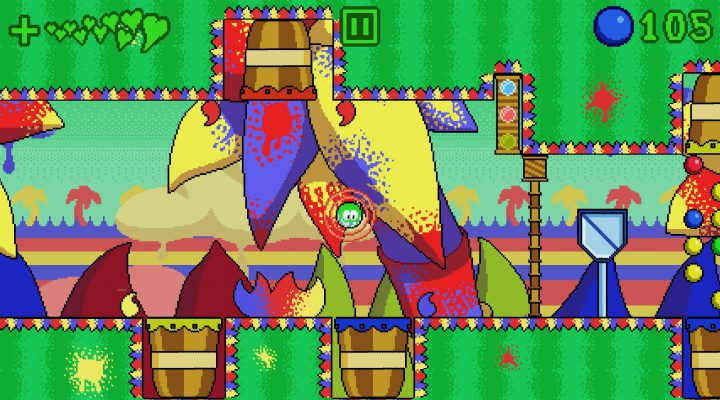 The best mobile platform games are the ones that use simple, novel, and ingenious control mechanics that are different from everything that’s come before.

Dribble! is one of these. This colorful mobile platformer, from developer WojWorks, is the brainchild of Michael and Tony Wojnar, two brothers who have been obsessed with game development for as long as they can remember.

It sees you steering a cheerful bouncing ball called Dribble through a series of colorful worlds by swiping a finger on the screen. You can swipe in any direction and Dribble! will bounce that way, even if he’s already mid-air. 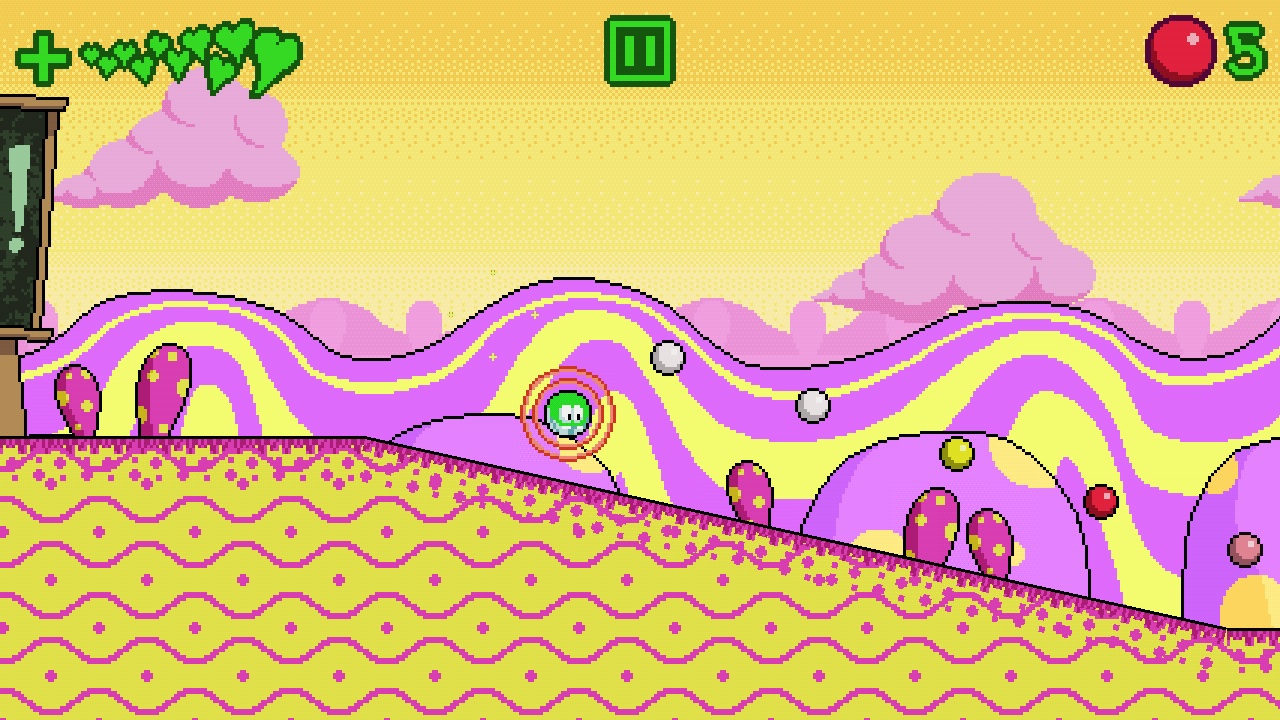 It looks like one of those control mechanics that are tricky but incredibly satisfying to master.

The story is pretty simple, as you’d expect. It seems that Dribble! and some of his friends were out playing one day when the BizBots showed up for a kidnapping spree.

Your goal is to rescue Dribble!’s kidnapped playmates by collecting the colorful orbs scattered throughout each stage. This mission takes you through 28 levels and seven diverse, imaginative worlds. 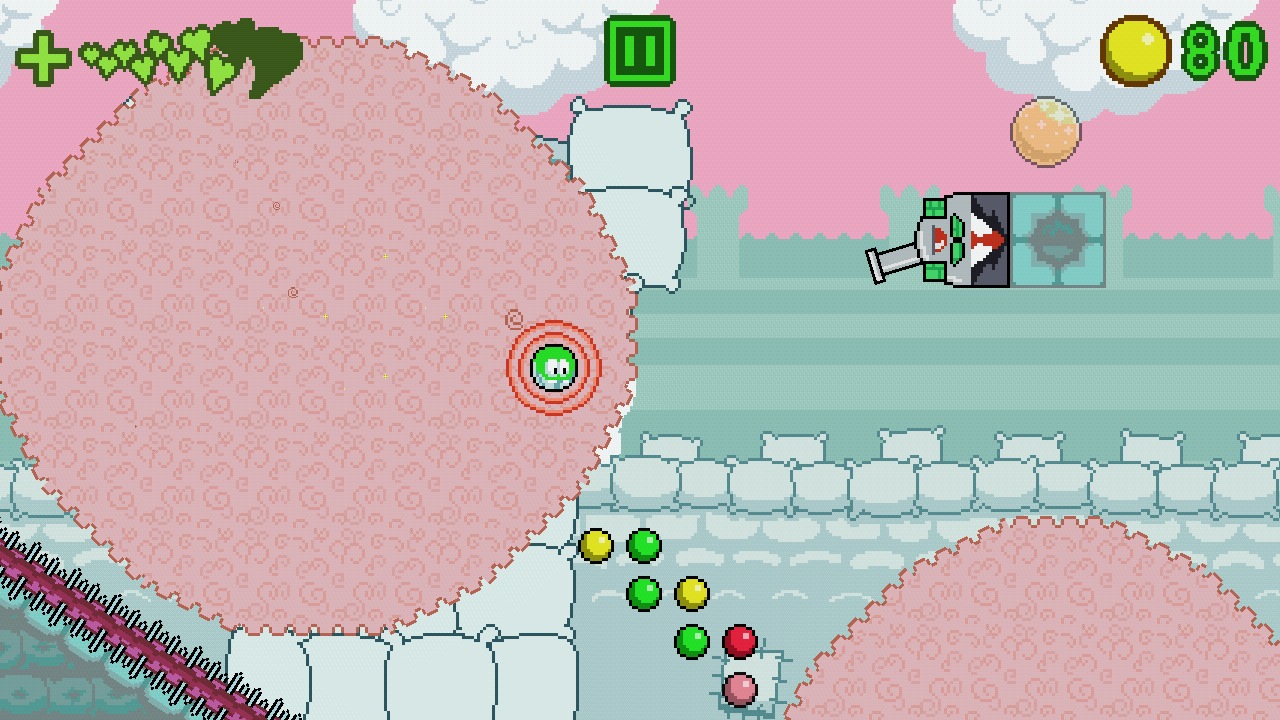 Some worlds even contain light puzzle elements. Take Paintforest, which contains colored walls that you can only destroy when you’re the same color.

If your path is blocked by a blue wall, you need to find a blue paint leak or a blue waterfall, hang around underneath it until you turn blue, and then reach the wall without getting splashed with red or yellow paint on the way.

There are plenty more worlds to discover, all of them presented in gorgeous, Super Mario World-esque cartoon pixel art graphics.

You can pick up Dribble! right now on Google Play and the App Store for $1.99.