Home / News / DragonVale Wings is more DragonVale, but not really

DragonVale Wings is more DragonVale, but not really 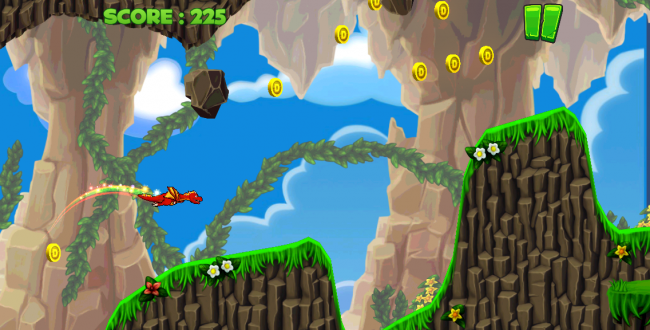 When it first launched back in 2011, DragonVale was a phenomenon. Yet despite an army of copycats (my daughter is currently nursing a Dragon City addiction, so I’m speaking from experience), Backflip Studios didn’t seem too keen on revisiting the IP.

At least not until now.

DragonVale Wings hit the App Store this week, but it’s not quite the DragonVale follow-up that fans might be expecting. Rather than a dragon breeding city builder, Wings is a Flappy Bird-alike, and not a terribly good one at that.

After my first play, I couldn’t help but wonder if Backflip and Rovio have been sharing notes. Both this and Rovio’s RETRY feature lovingly crafted environments instead of generic pipe survival… though that’s really where the comparison ends. DragonVale Wings seems to have neither the challenge nor polish that RETRY does. In fact, it plays a bit like it was aimed squarely at a kid-friendly audience. This isn’t a bad thing, mind you, but it lacks the frantic nature that fans of this quickly growing genre have come to love.

It’s free, so try it if you like, but we’d recommend giving this one a pass. If you’re looking for something a little more like DragonVale, download Backflip’s own Gizmonauts. Or better yet, give something wonderfully new from the studio a try: Dwarven Den launched last week, and it’s fantastic.