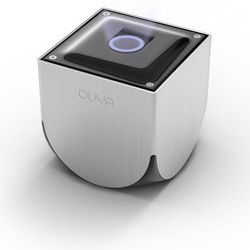 OUYA CEO Julie Uhrman announced in a DICE talk earlier today that Double Fine will be releasing the Kickstarter-funded Double Fine Adventure and The Cave on the OUYA. It was also revealed that Verse Studio, formed by Words With Friends co-creator Paul Bettner, is working on a couple of games for the Android-based console.

Despite receiving well beyond its initial monetary goal on Kickstarter, there’s been a lot of doubt about whether the OUYA will succeed. And of all these concerns, the one about a lack of games has been the most prominent. Uhrman and co. have attempted to assuage that fear many times in the past, most notably by announcing several partnerships with studios and even hosting a game jam. This particular announcement has the potential to instill a little more confidence in potential adopters (who doesn’t love Double Fine?), but it ultimately boils down to how well these high-profile games perform on the console.

That’s something we’ll no doubt be looking into when we get our hands on an OUYA, so be on the lookout for coverage from us in the near future.