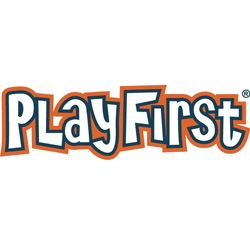 PlayFirst, a global leader of casual family games and the creators of the popular Diner Dash franchise have announced today their hiring of Tom Hall, the industry veteran who brought us such genre smashing hits as DOOM and Wolfenstein 3D. The announcement seems to continue the ongoing trend of mobile developers scooping up some serious talent, which is certainly a good thing for all of us who own a tablet or smartphone!

Most DOOM fans may not be aware that Hall has actually worked on more than 100 different titles throughout the course of his career, which span all genres from education to puzzle games: so the newfound partnership with PlayFirst seems like a perfect match. In the official press release about Hall’s hiring, president and CEO of PlayFirst Marco DeMiroz expressed his excitement about working with Hall: “With Tom, we are adding an industry superstar who has demonstrated the prowess of his creative talents over the years. His versatility across genres and audiences makes him an invaluable addition to the PlayFirst team.”

Hall seems just as excited about his new mobile endeavors, and he likens the fast-paced and creative atmosphere of today’s mobile games industry to his early days at id Software, which he co-founded alongside John Carmack, John Romero, and Adrian Carmack in 1991. He went on to say that “PlayFirst has proven itself to be a really excellent place to explore new ideas and create high-quality casual experiences.” Hall also admitted that he and his wife are huge fans of Diner Dash, and so the designer will start working on the Dash series as his first project with PlayFirst. However, something tells me we won’t be seeing the Spider Mastermind boss from DOOM ordering coffee at Flo’s Diner anytime soon.