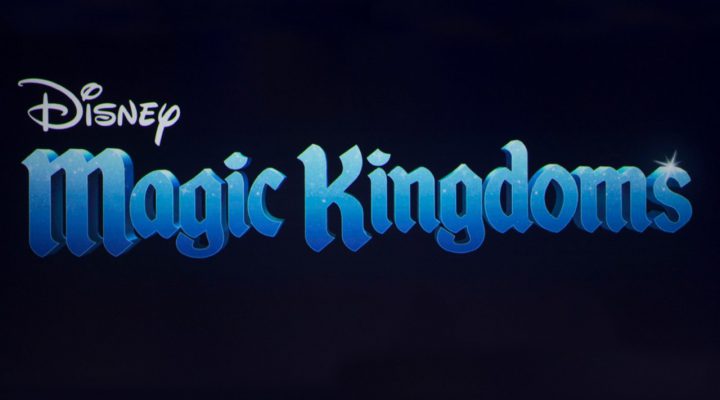 Wait, don’t run away. Yes, I know it has the word “kingdoms” in the title of the game, but Disney Magic Kingdoms is about building a different sort of kingdom. Thankfully it’s not another mobile strategy game full of knights, and maps, and catapults. Instead, it’s a kingdom filled with over-priced snacks, long lines, and spoiled children crying because: life.

Yes, that’s right, in Disney Magic Kingdoms you’re building none other than a Disney theme park.

Announced at the D23 Expo (equivalent to Comic-Con for Disney nerds like me) Gameloft and Disney Interactive revealed their collaborative efforts and officially unveiled Disney Magic Kingdoms.

According to the announcement, Disney Magic Kingdoms lets players construct their very own theme park, using thematic elements from real-world Disney parks like Disneyland in California, Walt Disney World in Orlando, and Disneyland Paris, among others. With attractions like Space Mountain, the Haunted Mansion, and California Screamin’, Disney Magic Kingdoms allows players to build their Disney park just how they’d like it.

Iconic Disney characters like Cinderella, Buzz Lightyear, and the Mouse himself are around in Disney Magic Kingdoms for players to interact with. Players can also expect a slew of Disney villains (Maleficent, Zurg, and Mother Gothel were the ones specifically mentioned in the press release) who are, as always, up to no good.

As a big Disney nerd, I’m eager to see the sorts of options I’ll have at my disposal when it comes time to build up my park. Maybe I’ll group all the mountain attractions together: Space Mountain, Splash Mountain, Expedition Everest, Matterhorn Bobsleds. Or maybe I’ll play a horrible, horrible joke on my park guests and build a dozen It’s A Small World attractions, back to back.

No word on when Disney Magic Kingdoms is due out, but it is coming for Android, iOS, and Windows Phone.

Netmarble Ready to Become an Even Bigger Western Presence