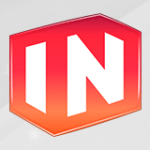 Disney Interactive has announced new details today on how mobile devices will soon be integrated into their latest gaming platform and phenomenon, Disney Infinity. Similar to games like Skylanders before it, Disney Infinity features a richly populated game universe starring many of our favorite Disney and Disney/Pixar characters, where retail toys can be purchased for transferable use in the actual game. But now you’ll be able to take your full Disney Infinity experience with you on the go, with two new companion apps that are headed to your Toy Box sometime soon.

The first of these apps is called Disney Infinity: Action! and will be released on iOS this Thursday, August 15th, with an Android version to follow sometime shortly after. As the name implies, Disney Infinity: Action! puts you in the proverbial director’s chair, as you craft your very own Disney movies where you are the star, alongside famous faces like Mr. Incredible, Jack Sparrow, and Sulley from Monsters University. With more than 30 different character animations to use, a wide range of props taken straight from Disney classics like Toy Story and Tron, and the ability to share your movies on Facebook or YouTube, this app will have you yelling “Action!” more times than you can count!

The second app doesn’t have a set release date yet, but will be called Disney Infinity: Toy Box, as players can use it to create and edit their very own game worlds on the go. Level creations can be transferred cross-platform for others to edit or play, and any items unlocked in a player’s console version of the Toy Box will immediately be available in the Toy Box companion app. Everyone can start out playing in the Toy Box as Mr. Incredible for free, but more than 20 other Disney and Disney/Pixar fan-favorite characters can be unlocked by snagging the codes on each respective retail toy associated with the game.

Both of these companion apps are being developed in an effort to make Disney Infinity one of the most connected and widely integrated games on the market today, and if these early specs and features are anything to go by, then these ideas are already sounding pretty ambitious, to say the least. Will you be using them to enhance your Disney Infinity experience this summer? Let us know in the replies!