Dire Vengeance, the Castlevania-Inspired Platformer, Is Now Available on Switch 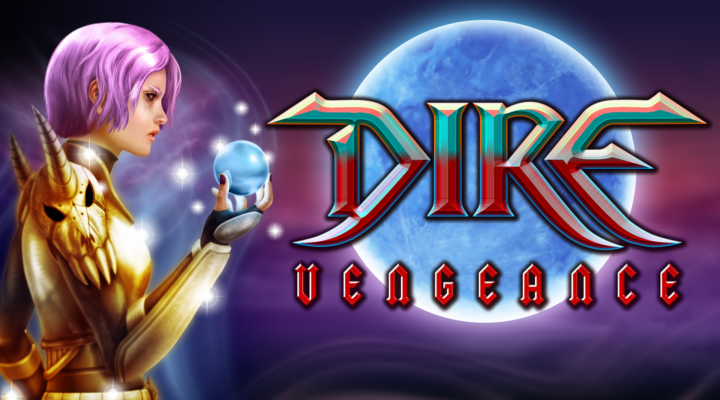 Dire Vengeance is making the jump from PC to Switch.

Developed by MagicShotGames, Dire Vengeance is a 2D action game inspired by the mighty Castlevania, along with a ton of other games. Stick it under a microscope and you’ll also see Ninja Gaiden, Mega Man, and Gradius woven into its DNA.

There’s a bit of ‘80s and ‘90s movie action in there, too, including Alien, Hellraiser, and Nightmare on Elm Street.

Storywise, Dire Vengeance sees you taking on an army of depraved cultists who have opened a portal to the Dark Realm, triggering a demonic invasion.

You’re playing as Pandora, a warrior who ventures into the bowels of hell to slay, well, pretty much everything.

To get around you leap, run, duck, and dodge, avoiding traps and vaulting over obstacles. In terms of weapons, you’ve got your trusty Viper Sword and a series of 20 magical ranged weapons that get more powerful as you work your way through the campaign.

During your journey you’ll collect Soul Orbs. These allow you to flexibly upgrade your abilities, access new areas of the underworld, and discover arcane new weapons.

In the process you’ll traverse lava-filled chambers, living caverns made of putrefying flesh, and – oddly enough – frozen wastelands. The backdrops are diverse, but your mission is always the same: kill.

There are 60 unique enemies and 21 bosses to mow down, and for the grand finale you’ll take on the devil herself.

As you can see in the trailer above, Dire Vengeance has a fun hand-drawn art-style. It’s kind of a retro game but brought right up to date. That means 60fps high-resolution graphics and a thumping metal soundtrack from composer Hooman Ahmadi.

Dire Vengeance is available on the Nintendo eShop from October 26th in Standard and Deluxe versions.

And, of course, it’s available on Steam now.