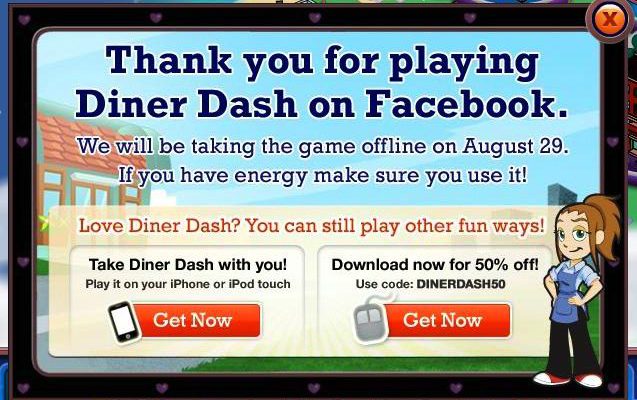 The Facebook iteration of Diner Dash may have been one of our favorite games on the platform, but today developer Playfirst has announced that the game will be closing down at the end of next month.

According to app tracking service App Data, Diner Dash on Facebook currently has more than 1.2 million monthly active users, and around 90,000 daily active users. However, that doesn’t seem to be enough for Playfirst, who explained on the official Diner Dash blog that “the game is no longer performing at a level that it can continue to be supported, which has prompted us to make this difficult decision.”

This isn’t the first time Playfirst has closed down a Facebook game. Back in April it was announced that Chocolatier: Sweet Society would be shut down for good. 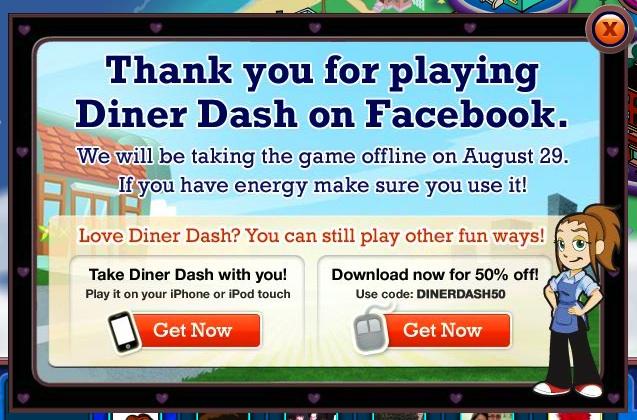 To make amends to players, Playfirst is offering up a discount for the download versions of the game. By entering the code dinerdash50 you’ll get 50 percent off Diner Dash for either PC or Mac. The coupon code expires on September 1.

Diner Dash on Facebook will be shutdown on August 29.