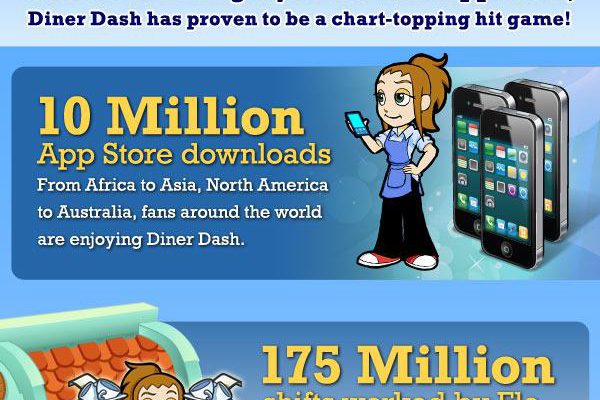 Over the last year or so, we’ve done a fair bit of reporting on the importance of diversification in the casual games market. The days when a developer can rely solely on the profits of PC games, it would seem, have more or less come to an end. PlayFirst seemed to recognize this earlier than anyone else, and quickly jumped into the emerging mobile games market three years ago, putting Diner Dash on the App Store shortly after it first launched. 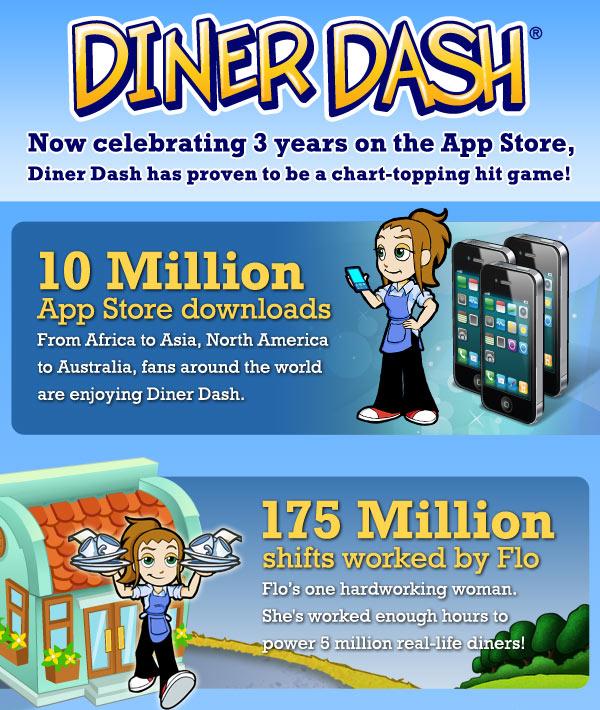 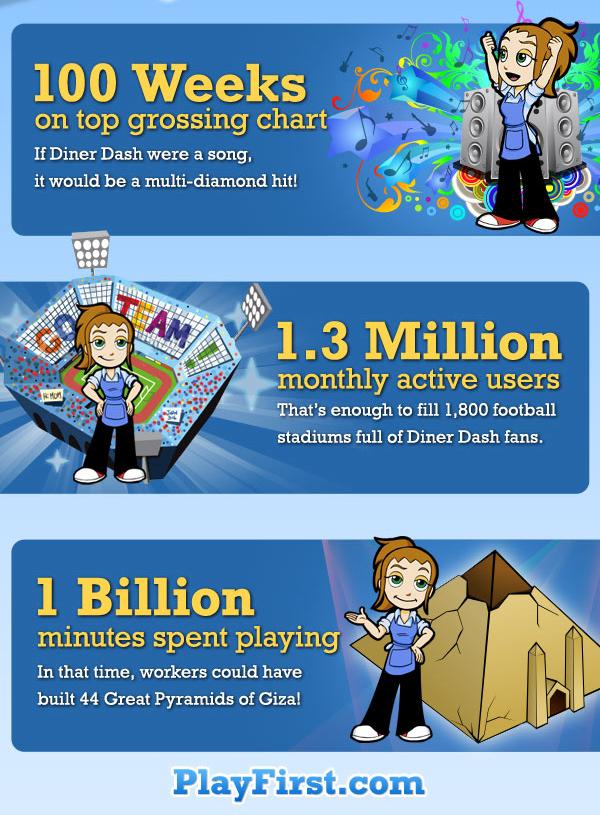 In addition to Diner Dash, PlayFirst has released a wide number of games to the App Store over the last three years. To date, there are 18 iPhone games and 11 iPad games available for download, though admittedly, some of these double up as Lite versions. Everything from Hotel Dash to Dream Chronicles has been ported to the App Store, and they’ve even launched a new series of freemium social games, starting with DinerTown Pets and DinerTown Zoo.

Moreso than Diner Dash, we’d be quite interested to see how this iOS-specific social games are performing. Here’s to hoping they have another infographic in the works!

Pumpkins attack Pocket God on Facebook in time for Halloween

Monday Morning Quarterback: Will the next FarmVille-style hit be a Hidden Object Game?