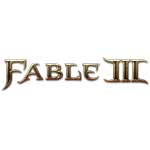 PC gamers finally have a chance to get their hands on Lionhead’s open-ended action-RPG Fable III, which launched on the Xbox 360 back in October 2010. Players can now pre-order the digital download version of Fable III – which has the same content as the console version – on Steam in advance of the May 17 launch.

Fans who purchase teh game through Steam will receive the “Rebel’s Weapon & Tattoo Pack,” a collection of four exclusive weapons and five exclusive tattoo sets to customize their rebel hero.

OpenFeint acquired for $104 million by GREE