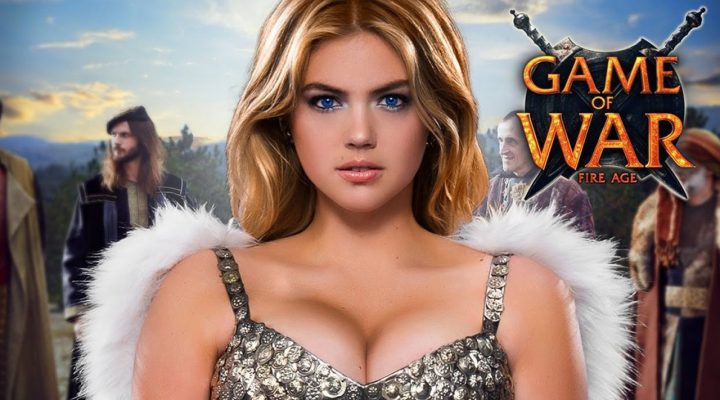 You’ve seen the Super Bowl commercials for Game of War, Clash of Clans, and Heroes Charge. Now you’re sitting there wondering, “How effective were those multi-million dollar advertisements?” Well, it just so happens that appFigures has analyzed data collected around the Super Bowl and has broken down the data into easy-to-read graphs.

Interestingly, it seems that the ads did not result in an immediate revenue spike. AppFigures points out that this is largely due to the fact that all three titles are freemium games, so revenue trickles in over time, not exclusively at the time of install.

However, a quick glance at the iOS App Store game rankings based on downloads more readily shows the effects the advertisements had.

Even Liam Neeson’s Taken gag couldn’t trump Kate Upton and the Game of War pre-Super Bowl hype campaign — which is the reason why Game of War began to shift upwards before the commercial even aired. Game of War overtook Clash of Clans on the top free iOS games rankings, while Heroes Charge leaped up into the top 100 for the first time.

The Android rankings were less dramatic. The advertising campaigns did little for Clash of Clans and Game of War on Google Play, but the Super Bowl commercial did cause Heroes Charge to blip into the top 100.

So, to answer the original question: yes, the advertisements had immediate positive effects for Game of War, which marginally shoved its way ahead of Clash of Clans, and for Heroes Charge which saw a dramatic rise in the downloads charts. Clash of Clans, seems to gain the least ground here. Though to be fair, there’s not much higher to go when you’re so frequently at the top of the charts.