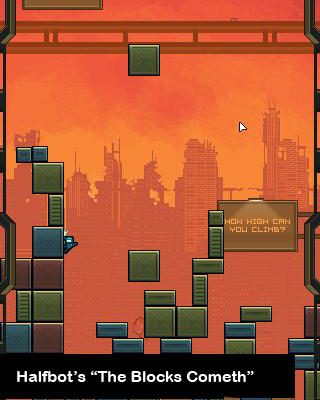 As a developer, EdisonGame isn’t known for their creativity. Their recent release Rainbow Pony seems to borrow heavily from Solipskier. Before that they released HugeWorm, a game that seems to cut and paste the Super Mega Worm formula. But while cookie cutter games are a dime a dozen on the App Store, out and out theft is not. Yet that’s exactly what EdisonGame now stands accused of regarding their recent release The Blocks Cometh.

Gamezebo was recently contacted by Derek Laufman, co-founder of the Canadian game development studio Halfbot. Halfbot is the team responsible for the original The Blocks Cometh, a web game that is identical to EdisonGame’s version in nearly every way imaginable. The only difference between the two, it would seem, is the character model – which Laufman informs us was stolen from another Flash game, The League of Evil.

“We were currently in the midst of porting one of our flash game titles, The Blocks Cometh, to the iPhone when we noticed that our game was already featured in NEW & NOTEWORTHY section of the App Store,” Laufman tells us. “How could this be when weren’t even finished porting it yet?” 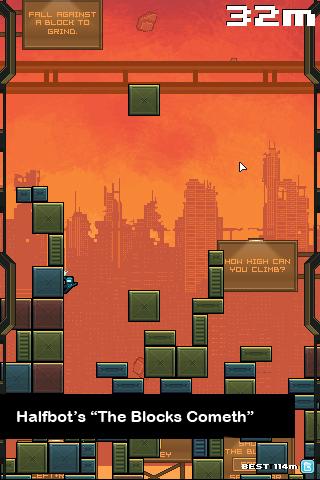 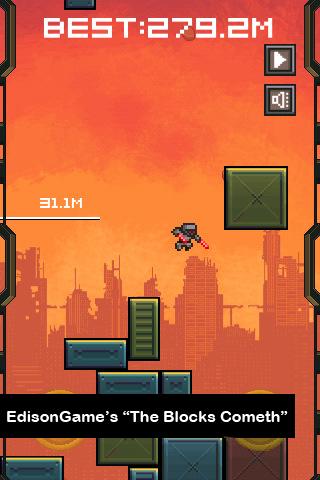 Halfbot have taken the first step to remedy this by contacting Apple’s copyright department to have the game removed, and are currently awaiting a reply. The real question, though, is what kind of damage has this already done to Halfbot’s impending release? Even with their own port readying for the App Store, the team will no doubt only see a fraction of the sales. After all – who would be willing to buy the same app twice?

We tried to reach out to EdisonGame for comment only to discover that they are virtually unreachable. The support link provided on their iTunes pages leads to a non-existent web page, and an intensive search for any contact information whatsoever turns up nothing. Clearly this is a developer that doesn’t want to be found. Now it looks like we know why.

If you were thinking about picking up The Blocks Cometh on the iPhone, we’d advise you to check out the original Flash version while you wait for this whole mess to get sorted out.