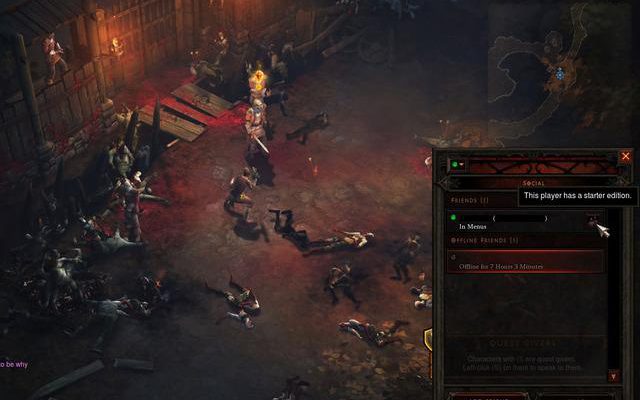 It seems like Diablo III is destined to be haunted until Blizzard finally releases it. The action role-playing sequel took over five years to pin itself at a May 15th release date. Then, shortly afterward, they announced that PvP wouldn’t be able to make that date in time. Now, in what is hopefully a final blunder for Blizzard leading up to next month’s release, it seems that a potential free-to-play “Starter Edition” was inadvertently leaked this morning.

The Diablo III beta has been invite-only since September 2011, but at around 6am Eastern time today, players found a glitch that allowed anyone with a Battle.net account access under the “Starter Edition” title. This version apparently contained every element already present in the normal beta, along with an occasional prompt about buying the complete version of the game.

This practice isn’t a new one for Blizzard, either. Both World of Warcraft and Starcraft II began pitching their free-to-play Starter Editions last summer. These versions, often toted as “feature-rich demos”, allow players to test popular Blizzard titles for a significant amount of time before finally requiring to buy the full title.

At its basest level, this will allow millions of interested players the chance to play Diablo III before making a hefty $60 dollar purchase. While a hoard of anxious veterans have been waiting for a major Diablo release for over a decade (this writer included), it’s very likely that a majority of today’s gamers have never touched the franchise. A free-to-play version will drum up sales Blizzard could have never converted previously. 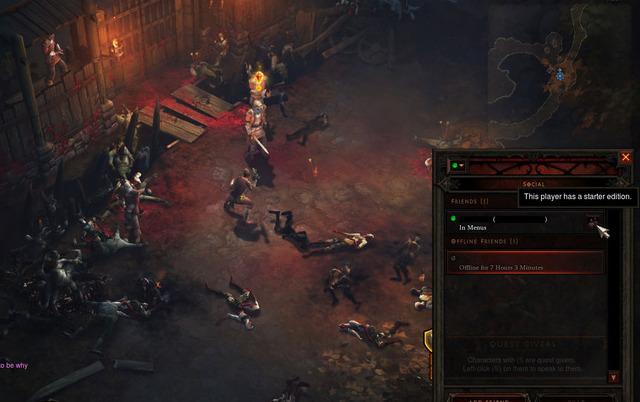 But, for the Hell of it (pardon our Diablo humor), let’s entertain a more drastic thought: could Diablo III actually succeed if the entire title was free-to-play? Considering that millions of eager players will eagerly drop $60 or more on launch day for it, it seems like a ludicrous thought, but Blizzard’s new “real money” auction house might make it a more realistic reality in the future.

The “real money” auction house is pretty self-explanatory: players will be able to buy and sell items directly online, instead of through an in-game currency system. Much like the real-world auction hub Ebay, Blizzard will take a small cut of every sale that takes place.

This system could potentially harbor a new class of gamer—the kind that could make a profit working a videogame like a 9-5 job. With Blizzard grabbing a chunk out of everyone’s profit, this system has the potential to be worth millions. It’s an interesting question: how many more players would buy into this system if Diablo III was free to play from the start?

While Diablo III won’t be truly going free-to-play any time soon, it looks like interested players will be able to extensively test the game for free before they try it – at least they will if the Starter Edition is available at launch. With just under a month until Diablo III is upon us, let’s hope Blizzard can keep their release delay and error-free until then.