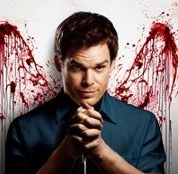 The team at Ecko|Code will be following up the recent launch of Weeds Social Club with a game based on another Showtime television series: Dexter. And while discussing the game with Marc Fernandez, executive vice president of product development at Ecko|Code, we learned a few interesting details about the upcoming Facebook game. Series star Michael C. Hall will be making an appearance, as will the show’s writers.

Dexter: Slice of Life will follow the upcoming sixth season of the show, which follows the life of Dexter, a serial killer who only kills other serial killers.

“Since we are building an episode of the game based on an episode of the show, the writing for the game is being done by the actual writers on the show,” Fernandez told Gamezebo. “The way that’s manifesting itself is in a couple of ways. There’s very specific mission text that guides you through the missions and that’s all derived from the scripts. Then there’s voiceover work that’s created by Michael C. Hall that is very specific voiceover work bringing you deeper into the mood of the game.”

But if you haven’t seen the show, don’t worry. Dexter: Slice of Life doesn’t require extensive knowledge of the TV series. Even though it will tell the same story as the sixth season of the show we’re told that the story will still make sense if you’re unfamiliar with the world and characters.

“When somebody plays Dexter, let’s say they’ve never seen one episode, and you play Dexter, what you’re going to get is a game about a vigilante serial killer that’s incredibly well written and you’re not going to need all of the different story points from seasons one through five to understand what’s happening,” Fernandez explained. “But you’re going to get to play a game about a very interesting character that is hunting down bad guys. And that’s going to become extremely apparent from the first second.”

Dexter: Slice of Life will be launching alongside the debut of season six next month.