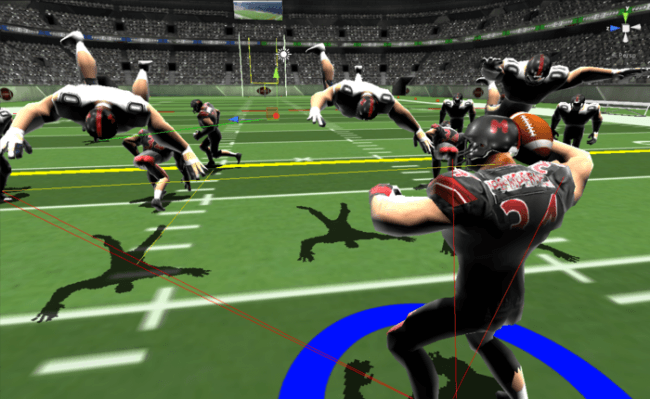 Things just aren’t looking too good for the Ouya these days, and the company’s latest botched handling of their Free the Games Fund controversy sure isn’t helping matters much either: now causing one angered developer to pull their game from the Ouya library entirely. In an effort to snag more exclusive Ouya games for the remainder of 2013 and well into 2014, Ouya launched a new campaign called the “Free the Games Fund” last month, which sought for additional donations by Kickstarter backers to help bring a slew of new games to the homemade Android-powered console.

If game developers were able to raise a minimum of $50,000 on their own before the pledging period on their respective projects ended, then Ouya would personally match the funds raised, up to a certain extent; in return, the games would have at least a six-month exclusivity deal of appearing only on the Ouya at the time of their release. However, the intention and integrity of Ouya’s Free the Games Fund on Kickstarter has recently fallen under some very heated scrutiny, when it seemed like indie developers were abusing the system and committing “Kickstarter fraud” by funding their own projects themselves in order to get that extra monetary push from the Ouya camp.

A big red flag was issued in particular when the developers of a football game called Gridiron Thunder hit their $75,000 goal in a matter of days after first launching their Kickstarter campaign. What was suspicious about this? For one thing, while most other Ouya Kickstarter projects saw hundreds of backers donating very small increments of money, the list of backers for Gridiron Thunder was surprisingly small, yet every one of these donators were each giving hundreds of dollars of their own money to the project: certainly well over the average. What’s worse, most of these “backers” had recently only just created their Kickstarter accounts, and many even shared the same last names as people from the Gridiron Thunder team. Hmm.

But even after this seemingly blatant use of Kickstarter fraud on behalf of Gridiron Thunder, Ouya simply smiled, congratulated the developers of the game on their achievement, and happily matched the $75,000 and counting they earned most likely from their own pockets: score another timed-exclusive for Ouya! The company, headed by CEO Julie Uhrman, had refused to even acknowledge the potential fraudulent behavior that was going on in their latest crowdsourcing campaign, until now. Well, sort of.

You see, Ouya’s response to the matter on their official blog yesterday proved to be just as vague and wishy-washy as their previous handlings of other problems in their short and troubled lifespan, and didn’t really acknowledge anything about all that was going wrong with the whole Free the Games Fund debacle. As you can imagine, this didn’t sit well with other honest indie game developers who sought the Ouya as a platform for their own game releases. One developer in particular, Sophie Houlden who created Rose and Time, was so disgusted by Ouya’s lack of acknowledgement that she went as far as to pull her game from the Ouya store completely.

After leaving a scathing comment to Uhrman’s “response” on the Ouya website (“You’ve lost me. There’s a tiny chance you could get me back, but honestly I don’t think you have it in you at this point”), Houlden then took to her own blog to shed some further light on the whole situation. But the real reason why Houlden has finally had enough? The fact that Ouya refuses to admit, let alone apologize, that they have even made these kinds of mistakes in the first place.

And it’s true: just reading through Ouya’s official, and perhaps long overdue response on the recent Free the Games Fund controversy, all they really say is how surprised they are at the somewhat negative response to the program, and that they will continue to forge ahead with it regardless of what anyone else thinks about it or the true integrity of the program. Ouya then signs off the official statement by providing readers with a list of recently added games to the Free the Games Fund project; you know, just in case you wanted to throw some more of your money at them.

“Rose and Time is a “time-travel stealth game.”

The sad part is that Houlden is actually a huge fan of the Ouya system itself, and claims that the alleged “open” and indie-focused Android-powered console is currently home to some of her favorite games to date. However, Houlden says that “after reading Julie Uhrman’s blog post last night it became very apparent to me that the company does not support indie developers who need the support most, and that they are incapable of ever correcting their mistakes. I’m simply no longer comfortable supporting the company.”

Harsh words indeed, but after everything we’ve heard and seen from Ouya in the face of adversity so far (which, let’s be honest, there’s been a whole lot of in the console’s short lifespan already), then it’s kind of hard to blame someone like Houlden. And while the developer closes her blog post by saying she hasn’t done this in the hopes that other Ouya developers will follow suit, it’s really hard not to see others begin to lose their faith (not to mention respect) in the flailing indie console in the coming days.

You can read Julie Uhrman of Ouya’s official “response” on the matter on the company’s website (Houlden’s comment is the first one at the end of the post), and follow-up with what the angry developer of Rose and Time had to say right over here on her own blog. And of course, be sure to share your own thoughts on Ouya’s latest misstep below in the replies!

iPhone 5S, 5C: The next generation of iPhone revealed