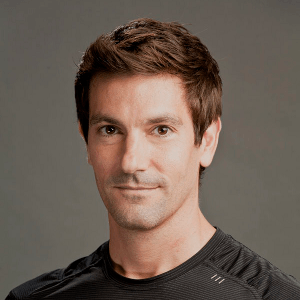 Given the absurd amount of games available across every platform, convincing the player to take a chance on your game can be a difficult task. And that’s only the start of it, as keeping that player hooked to said game is just as – if not more – important. Developers go about this in all sorts of ways, such as supplying the player with a healthy chunk of in-game cash, or continuously offering new content in the form of updates. One tactic that’s far more interesting than either of these, however, is in-game events.

Of course, I mean no offense to those who bring home the bacon with IAPs and content updates. But what I like about events is their impermanence; the fact that you can usually only participate in one for a limited time. Much like a flash sale at your favorite store, it’s the kind of thing you have to either react on immediately or miss out on for good. DeNA in particular uses them to great effect, and actually just launched one in their Marvel: War of Heroes title. Because a little peek inside the sausage factory is good now and then, we recently spoke with Chris Plummer, DeNA’s General Manager of North American Studios, about the importance of in-game events, as well as what it takes to craft a good one.

Gamezebo: How crucial are in-game events to the success of DeNA’s games?

Chris: Events are mission-critical to driving engagement and monetization in our games. We operate our games as live services and as such we aspire to leverage what a live game can deliver for our players. Events are a powerful manifestation of the potential of a live social game compared to an offline game, so we feel it’s important to deliver events in order to delight and retain our fully-connected, mobile audience.

C: We have more events in our games than ever before, so yes, they are more popular now. And players are starting to expect and look forward to our events, which builds excitement and increases popularity.

G: What typically motivates you to launch an event?

C:  We assume we’ll be running events in a game even before we start designing it, so it doesn’t require much motivation on our part since we know going into a project that events will be an important part of the live experience.

G: What are the elements of a good event?

C: Great events need to be entertaining and engaging first and foremost. So you can’t think about running sales or pushing new content live with a fancy name and expect it to delight or perform like an event. An event must be experienced, played and engaged with, deeply. There should be a narrative, features or other elements of the experience that are unique to the event. That goes for the rewards too. Make them special! Limited-time exclusivity is another key element to any good event. ‘Get in now before it’s over!’ The thought of missing out on a cool experience or rare reward is a powerful concept. Perhaps the most important ingredient of all is the hourly live operation that happens behind the scenes during each and every event. Our live event teams work nonstop to ensure everything stays balanced, exciting and that everyone has a good experience regardless of their level or skill. Live event analysis, tuning and operation is an art form all on its own and something DeNA is particularly skilled at doing. A well-tuned, constantly monitored event will deliver so much more fun and perform significantly better than an event operated without a high degree of care and dedication.

G: Could you talk specifically about DeNA’s approach towards raid boss events?

C: Raid Boss events differ by game since each game has its own unique features, content and driving parameters. In general a Raid Boss event involves some kind of invasion by rare and especially powerful enemies. As the invasion unfolds through the duration of the event, players will encounter rare and more powerful Raid Bosses that can require large groups of players to team up together in order to defeat these epic enemies. Social features allow players to call for help when they encounter such a powerful enemy and each participant will receive rewards based on their contributions if the Raid Boss is defeated. It’s pretty exciting to discover a super rare Raid Boss, call for help, and then see the Raid Boss’ health degrading before your eyes as your fellow players are taking it on.

G: Would you be willing to detail the latest MARVEL: War of Heroes event?

C:  MARVEL: War of Heroes is featuring a new raid boss event called Deadpool’s Boot Camp from April 18 through April 30, 2013. Deadpool is training SHIELD agents for a special training program in this raid boss event. There are four new characters available as rewards with a total of eight cards that can be collected (four characters of before and after fusion).

G: Is there anything else you want to add about in-game events? Possibly a takeaway for developers interested in using them in their games?

C: We encourage any developer interested in operating live events to work with us directly. We’re not just involved in our own event operations; we also publish many third-party titles on our Mobage social games platform that run events. We provide event-related design and operations consultation, a robust analytics platform, and many other services to our partners that are essential to successful event operations.

G: Thanks for your time!