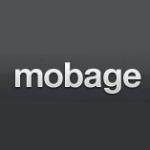 Japanese social mobile gaming network DeNA seems to be on a winning streak, and it’s not planning to stop dial back on its ambitious plans any time soon. The company’s just revealed that its quarterly net profits are up seven percent from last year to almost $105 million.

From the sound of things, these profits are just going to keep on growing, as DeNA plans to complete the “quick full-scale rollout of Mobage Global,” their social gaming network being developed by ngmoco, as well as continue “strengthening of lineup of first party collaborative development titles” on Android, according to the company’s quarterly report. These soon-to-be-released titles on Mobage Global include Monster Rancher, MapleStory, and Fragger.

The network’s plans to generate $100 million per quarter courtesy of the Moba-coin virtual currencymay sound overly optimistic, but at the same time, seem fairly realistic. During the second financial quarter of 2011 (in Japan alone, mind you) DeNA generated $480 million thanks to sale of the currency, and Mobage currently has 32 million subscribers. Now just imagine what those numbers might look like when things go global.

Monday Morning Quarterback: Do smaller publishers have more credibility on the App Store?