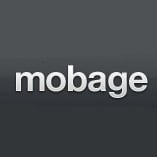 DeNA’s acquisition of ngmoco a few months back had people wondering what exactly this meant for the future of both companies. ngmoco had become widely known in the west for its Plus+ social gaming network on the iPhone. DeNA had seen similar social success with their Mobage-town platform in the east. Today we’ve received some details on their upcoming world-conquering collaboration called Mobage.

Set to launch in April 2011, Mobage will be a new mobile social gaming and entertainment network that’s aiming to have worldwide appeal and will function across multiple devices. While there’s no word yet on whether or not Mobage will absorb the two existing networks, if we were to consult a Ouija board, I’m pretty sure all signs would point to yes.

Launching alongside Mobage will be a new set of developer tools dubbed ngCore that will allow developers to write their code once and deploy it on multiple platforms (iOS, Android, the web) with minimal to no modifications. “With ngCore, we are providing a technology framework that allows for the rapid development, deployment and iteration of optimized native quality applications that can be deployed globally, across platforms and across devices,” says Neil Young, CEO of ngmoco.

One such device manufacturer has already declared their support for the platform. In a separate statement released today, Samsung officially announced a partnership with DeNA to incorporate the Mobage platform on Samsung’s Android handsets in most of the world;

“We are pleased to collaborate with ngmoco,” said Kwanghyun Kwon, senior vice president of Media Solutions Center, Samsung Electronics. “As social gaming features rise in popularity and importance for mobile experiences, Samsung will continuously invest to provide the best experience to our consumers.”

The platform and development tools are currently in private beta, with 50 companies ranging from SquareEnix and Take-Two to GAMEVIL and NimbleBit already involved. If you’re a developer who’d like to get in on the ground floor, you can find out more about the Mobage Smartphone SDK by visiting http://developer.getmobage.com.

Treasure Story, Roll Through the Ages and more! Free iPhone Games for December 15, 2010