Home / News / DeNA acquires ngmoco for up to $400 million

DeNA acquires ngmoco for up to $400 million 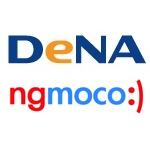 Last week word began to circulate that Japanese social giant DeNA was considering a multi-million dollar acquisition of American iPhone gaming publisher ngmoco. Today it looks as though “considering” is off the table, and “done deal” is in. This morning it was confirmed that DeNA will be acquiring ngmoco for up to $400 million in cash and stock.

It’s hardly surprising that DeNA is looking to make such a move. Over the past year, the Japanese giant has made considerable investment in the US mobile market as it pertains to social gaming. They’ve acquired developer Gameview Studios, invested in developer AstroApe, and, most notably, an investment in social network competitor Aurora Feint.

“In ngmoco and its team we see a lot of the same talent and dynamic traction that we have in the Japanese market, making the merger a perfect fit for us,” said Tomoko Namba, founder and CEO, DeNA. “This acquisition cements DeNA’s leadership position in the U.S. We’re building the largest mobile social gaming platform in the world and populating it with incredible games and services.”

As exciting as this news may be, I can’t help but wonder what this will mean for ngmoco’s Plus+ network. While Plus+ may be a huge force on the iPhone, DeNA already has its own competing MiniNation network in the US. Will the two somehow merge? Will one be left behind?

According to a blog post from ngmoco’s founders, their team will be launching a new western smartphone version of DeNA’s Mobage network. Could this be a simple rebranding of Plus+? Or will this be something brand new, built from the ground up?

One thing’s for certain – if DeNA wasn’t on your western gaming radar before, they certainly are now. A few weeks ago – just after their investment in Astro Ape – DeNA’s CEO Tomoko Nambo said that “despite the number of current deals we’ve announced in the U.S., we’re just getting started.” After a deal as big as ngmoco, I can’t wait to see what’s coming next.