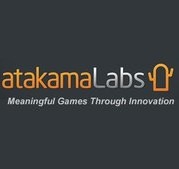 DeNA, the Japanese social gaming company that acquired ngmoco last year, has announced its latest acquisition. The company will be expanding to Latin America with the purchase of Atakama Labs, a developer best known for the Facebook role playing game Little Cave Hero.

Atakama, which is based in Chile, will become DeNA’s first subsidary in the region. The studio’s team of 30 will be providing engineering support both for games developed by ngmoco, as well as DeNA’s Mobage mobile platform.

“Atakama Labs’ highly skilled engineers and experienced management team will be a great asset as we grow,” said ngmoco CEO Neil Young. “We are focused on bringing the world’s top talent together to deliver the best games on Mobage, the premier mobile social network.”

In additon to Little Cave Hero, Atakama also released Terranova on Facebook and Today I Die Again on iOS.

Interview: how Liquid brought D&D to Facebook with Heroes of Neverwinter