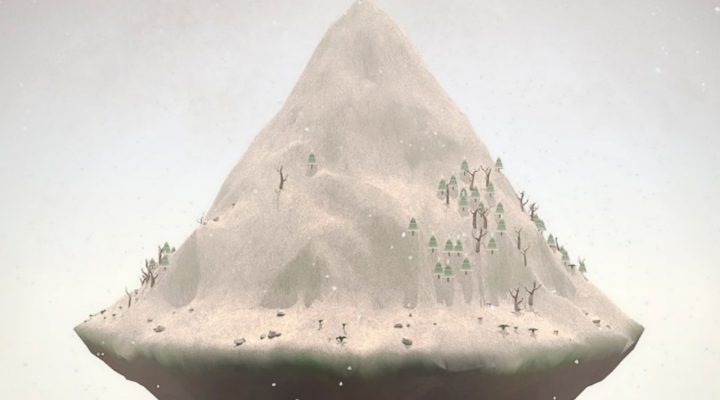 There’s been some complaining about how 2014 was a very traditional year for video games. Developers of AAA fare seemed to take even fewer risks than usual, and most of the year’s best games were still ultimately sequels (Dragon Age: Inquisition, Super Smash Bros).

But in the middle of the year we received an unusual app / game from David O’Reilly called Mountain. In Mountain, players take a mostly passive role while they observe life as it flourishes and dies in a virtual mountainside. Occasionally, weird objects fall from the sky and bash into your mountain garden, including rocks, park benches, and cows. 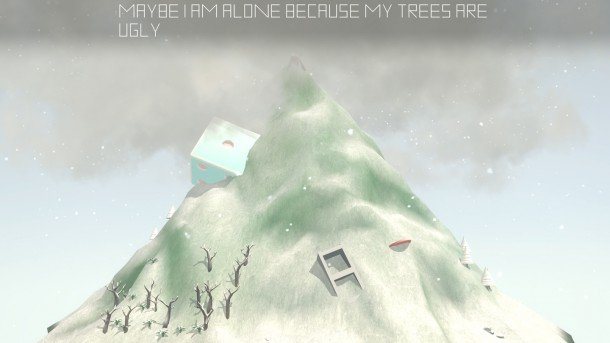 Over on Medium, O’Reilly wrote up his thoughts on Mountain and the emotions it elicited from its players – which includes everything from serenity and thoughtfulness to outright anger. O’Reilly understands why Mountain is kind of a polarizing experience, but he’s very adamant on two points.

One: Mountain is a serious (and expensive) project, and is not a joke. Two: people that don’t regard it as a game are invited to “eat a sand sculpture of [O’Reilly’s] balls.” I suppose the invitation is extended to myself, since though I enjoy Mountain for what it is, I consider it more of an app (or even interactive art) than a game.

But what are games? What is art? Do the two intersect at all? Does it matter?

There aren’t any clear answers, though my editor Jim Squires had this to say on the subject: “While we’re still trying to define what games are as a medium, I don’t particularly like being told how to interpret a piece of art by its creator. If I don’t view something as a game – and in the case of Mountain, I didn’t – then that’s my prerogative. I would have thought that somebody so keen on bridging the gap between art and games would have been more open to dissenting opinions. Maybe he should stick to sand sculptures.”