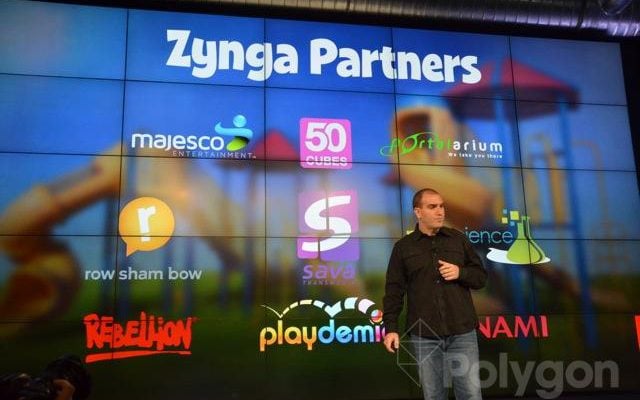 Hey, Zynga launched a new platform not that long ago. You probably already knew that, but did you know that they announced three new partners at their “Unleashed” event? They totally did! They also showed off five partners on the mobile side of things, whose games will be released via the “Zynga Partners for Mobile” program and under the “Zynga With Friends” umbrella. Long story short? Lots of cool new games on the way.

First up on the Zynga.com side of things is Majesco, a company whose pedigree includes Cooking Mama, Psychonauts, and a whole lot more. True of all the newly-revealed partners, it wasn’t shown what they’ll ultimately be bringing to the platform. But it’s still a big get for Zynga – almost on par with their earlier announcement of Konami!

Secondly, there’s 50 Cubes, known for creating Mall World and Fashion Designer for Facebook, along with Fashion Tale for iOS. It’s easy to see why the two companies fit, given their similar interest in creating social experiences for players.

Rounding out the trio is Portalarium, makers of Port Casino Poker and Port Casino Blackjack. Each of these developers will play a part in the Zynga platform providing users with a long list of genres and games to pick from, something I’m certain the company is deeply interested in. 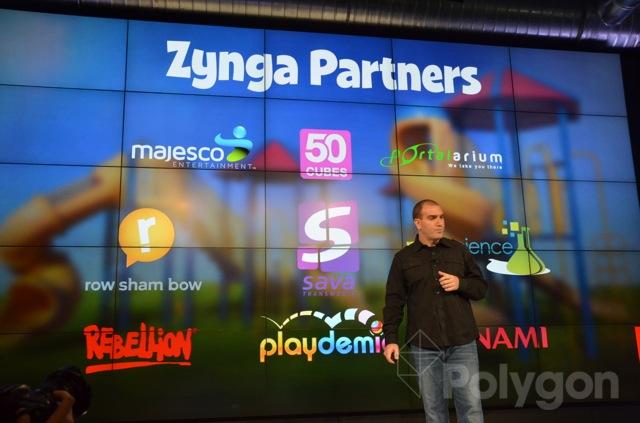 Next up is mobile, where Zynga announced that Atari, Crash Lab, Fat Pebble, Phosphor Games Studio and Sava Transmedia (whose game Rubber Tacos I liked quite a bit) would be joining the party. Atari strikes me as the most unexpected of all the names dropped here, but ultimately this is a really solid lineup of studios to kick off the Zynga Partners for Mobile program. I anticipate great things, and so should you!

I know it’s customary for Zynga to attract a lot of controversy, and in cases where their work conditions or questionable “cloning” procedures are concerned, much of that controversy could be merited. One thing that seems undeniable, however? Amid bad news about their stocks, Zynga is creating good news of their own by leveraging strong partnerships to create compelling content for mobile and social.

[Image credit to Polygon, whose wonderful live coverage of the Unleashed event is worth checking out in full]

Zynga opens up their API to third-party developers