“Daddy, we have to delete Talking Angela RIGHT NOW” 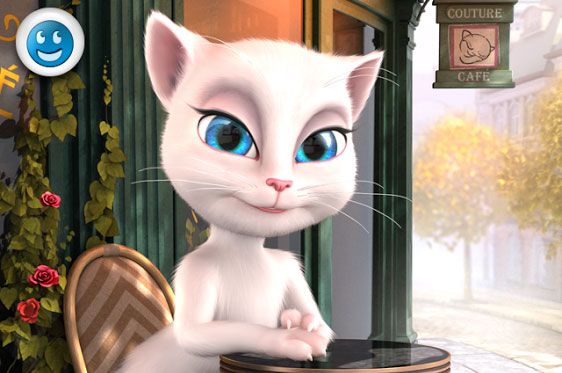 “Why?,” I asked my daughter. She’s only six, and when these are the first words out of her mouth after returning home from school, you’d better believe my curiousity was piqued – especially considering how many countless hours she’s spent with Outfit7’s Talking games over the last few years.

“Because,” she replied. “There are bad men that are using it to talk to kids, and they can even see you!”

A bizarre schoolyard rumor, no doubt. I consider myself in-the-loop enough to know total hogwash when I hear it. But still, I’m always trying to instill a “safety first” attitude in my kids, and since she felt safer deleting, I didn’t hesitate to let her. I explained how it’s not true first, but hey – when a kid gets something in their head, it can stick there like glue. 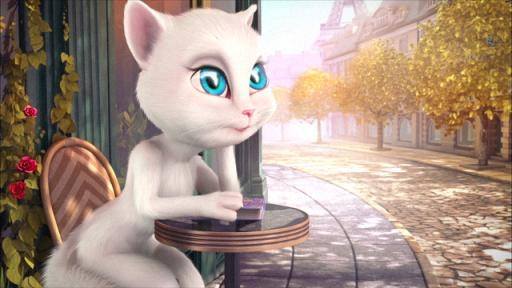 A few days passed and I thought nothing of it. Then last night I came across an article on the Vice tech site Motherboard: So a Paedophile Hoax Sent Your Kids’ App to the Top of the App Store.

It looks like my daughter’s little schoolyard rumor wasn’t confined to her schoolyard after all. And while her inclination was to delete it, it seems that adults who heard the rumor were all too quick to rush to the App Store and see for themselves. So much so that it drove Talking Angela to the #3 spot on the App Store’s free apps chart.

So what’s to blame for the app-driving rumor? According to Outfit7 Senior Brand Director Randeep Sidhu, there are two things at play: the viral nature of the internet, and how sharp the responses in the app are.

“If you say for example, ‘What do you think of One Direction?’ Angela would respond, ‘I like Justin Bieber; I’m a Belieber,'” Sidhu told Motherboard. “And so people were convinced that kind of level of intelligence must be a person behind the chat bot. They couldn’t believe that those kind of responses would be generated automatically.”

This isn’t the first time that Talking Angela has been the victim of negative viral attention, but it seems to be the biggest. Having said that, people who repost things on Facebook with messages like “Share this so that everybody know how dangerous this app is!” are the reason I have Snopes on speed dial.

Talking Angela is still safe, and your kids are still going to love it. Don’t be scared, folks. There’s no creepy ghost in the machine at play here.

The .15% of blue whales who support the entire mobile games industry