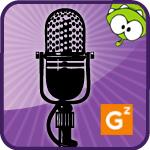 Last October, shortly after the release of ZeptoLab’s Cut the Rope, we had a chance to chat with the team’s creative director Semyon Voinov. Since that time, the game has gone on to become a landmark release, attaining a level of success on the App Store only previously seen by Angry Birds. Now, nine months, multiple content updates and an Android release later, we’ve had a chance to catch up with Semyon. He tells us about how Cut the Rope‘s success has affected ZeptoLab, what he thinks of imitiators, and what’s next for the burgeoning franchise.

When we last spoke, Cut the Rope had only been on the App Store for a couple of weeks. Now, nine months later, the game has proven to have as much staying power as any other top name in iOS gaming. Can you tell us a little about what things have been like around ZeptoLab since our last chat?

When Cut the Rope hit the App Store we were still a small team with just a few developers and several freelancers. The success of Cut the Rope was a big surprise! We had to build the studio from scratch. We started the company from our houses and had to set up a whole office space andhired several people to build everything up very fast. We are still growing and learning.

Besides actually growing the business physically, we’ve been working on updates to Cut the Rope. We’ve released several updates to iOS and most recently have been perfecting our latest release on the Android platform. So far, we’ve received great feedback on Cut the Rope for Android and look forward to what’s next.

Over the last year, Cut the Rope has seen a plethora of copycat games hit the App Store. This seems to be a problem that plagues every monumentally successful iPhone game. How do you feel about “inspiring” so many developers?

We actually feel good about “inspiring” developers. It’s really cool to see how the game has influenced the whole App Store. It only seems natural that like-minded game creators would be inspired by our games and vice versa. We are continually inspired by other studios and are always curious how people are “remixing” Cut the Rope to see what works and what does not. While developing Cut the Rope further, we are still learning from games that have already been successful.

Good imitations: House of Mice is great. We like the way the game works – the presentation and visuals are great, the game has an awesome cartoony look and feel. There was a pretty bad version of a Chinese Cut the Rope that even had our logo on it.

Few iOS games have achieved the level of success that you’ve seen with Cut the Rope, with the obvious exception of Angry Birds. From board games to t-shirts to cartoons, Rovio seems intent on spreading their IP in as many different directions as they can. Are there any similar plans for the future of Cut the Rope? (I’d love to get my hands on a plush Om Nom)

Yes, we have tons of merchandising items in the works. Unfortunately, I cannot mention most of them at this time, so you’re have to stay tuned.

As a development studio, does ZeptoLab now feel pigeonholed into focusing entirely on Cut the Rope? Sticking with an established IP seems like a safer bet than trying something completely new, but it must feel creatively stifling.

We plan on balancing Cut the Rope with our future developments. We will continue to develop Cut the Rope and expand the story behind the game.To satisfy our creative energy we will also be working on starting some new games that are completely different from Cut the Rope. We’ve been extremely focused on Cut the Rope but we have several really nice concepts in the work.

What’s next for Cut the Rope? More updates? A sequel? Facebook?

We have several updates to Cut the Rope coming, the next in a couple of weeks time. Facebook could happen, but for the immediate future we are focusing exclusively on the mobile game.

10 upcoming games to get you through the summer