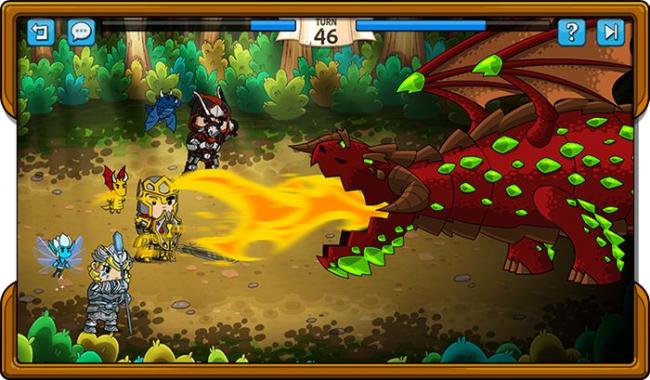 Who wants a free t-shirt or a measly “Thank You” note in the game credits for your hard-earned pledging dollars, when you could become a part of the actual development team yourself? Well that’s precisely what Big Viking Games has in mind, as the studio’s new Kickstarter campaign for their free-to-play RPG adventure game Tiny Kingdoms is truly a first of its kind: in bypassing the usual reward packages of Kickstarter projects, and instead offering backers to play a direct role in the actual production of the game!

Characters, environments, items, features, and tactical game modes are just a few of the areas where Tiny Kingdoms Kickstarter backers will be able to shape the overall nature of the game as it is being developed, via live web chats with the Big Viking Games team, as well as providing other helpful feedback through developer diaries and special polls. All participating project backers will be able to start giving their input on the direction of the game as soon as Tiny Kingdoms enters its beta phase, and will continue their consulting duties on the game well after its initial release.

Tiny Kingdoms is currently being made to provide seamless gameplay integration between the Facebook and mobile versions of the game. Alongside the official announcement of the innovative new Kickstarter project, Albert Lai, CEO of Big Viking Games, has stated: “We want our fans to be [able to] go beyond just pledging their dollars to also lend[ing] their ideas and creativity. The ultimate goal will be to reimagine the way players interact with game developers, through both Kickstarter and collaborative online platforms.”

It’s certainly a very ambitious undertaking, and we’ll be looking forward to seeing exactly how the idea is going to play out in the months down the road. The official Kickstarter page for the project has just gone live this morning, so be sure to head on over to learn more about the game in question, and the specifics on how you can even lend a helping hand to the overall experience. And what kind of experience will that ultimately be? Well that’s entirely up to you to decide!