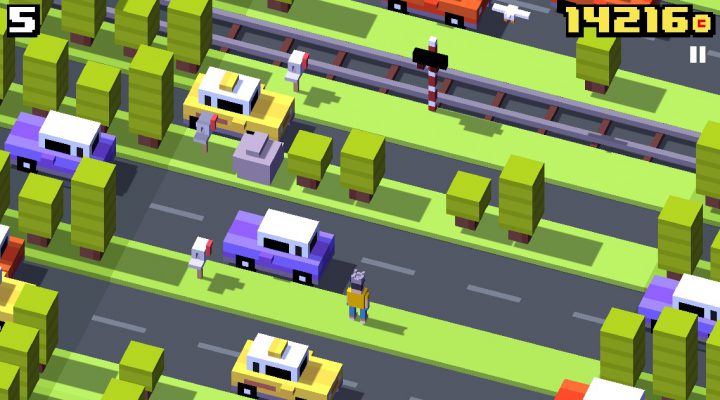 Apple’s much-rumored, fairly inevitable move into living room games was announced at today’s Apple Event. The new Apple TV is pretty much everything you’d hoped for in the original, including a selection of games that should bring the iOS experience to the big screen near your couch.

Up first? Apple welcomed Hipster Whale’s Andy Sum to the stage to show off Crossy Road. It looks to be mostly the game you know and love, but with a twist: multiplayer.

Presenting at the #AppleEvent with @tomkillen was a moment I'm really proud of 🙂 pic.twitter.com/Ha1va0XPMM

“This is next-gen @#$% right here,” said Shane McCafferty, developer of the upcoming Starseed, coming September 17th. (Shane and I are at the same Apple Event viewing party, and man oh man, do I recommend watching these with a game developer if you can.)

The multiplayer takes a gentle approach to co-op. “As long as one of you is still hopping along, the team will continue to rack of up points,” said Sum. It reminds me of the way modern Mario games are made, which — in terms of multiplayer — is a very good thing.

Crossy Road’s multiplayer will also have a mean-spirited twist for those who prefer that sort of thing. You’ll be able to push your partner into traffic, giving this co-op experience a competitive edge.

Harmonix also took the stage to reveal “Beat Sports,” their rhythmic twist on collections like WiiSports to show off the different capabilities of the Apple TV remote.

“Im writing a lightsaber app immediately,” McCafferty said. He might have been joking, but I really hope he wasn’t.

Apple TV will support cloud saves, so if you start a game on your iPhone or iPad, you’ll be able to continue it from the comfort of your couch. Expect Apple TV starting in late October in two flavors:  32 GB for $149, 64 GB  for $199.