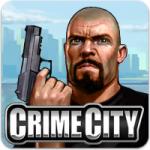 Crime City developer Funzio has announced that it will be receiving $20 million in Series A funding. The developer will be using the funding to expand its operations and attempt to follow up the success of Crime City, which currently has just over 7.5 million monthly active users.

In addition to Facebook, Funzio is planning to put a large focus on mobile gaming, which includes a mobile version of Crime City due later this year. With the funding the studio is planning to triple in size and begin focusing on creating multi-platform titles developed parallel to one another.

The funding comes from IDG Ventures (US) and IDG Capital Partners (China). Ventures managing director Phil Sanderson will be joining Funzio’s board of directors as part of the deal, as will former Playdom co-founder Rick Thompson.

No word yet on what Funzio’s next game will be, nor when it will be released.

Six ways to get your game show fix on Facebook