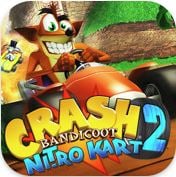 Each week hundreds of new games hit the App Store, vying for your dollars. Join us every Friday as we sort through the pile and let you know which games should be on your radar. This week’s releases let you take your kart-racing experience online, step into the shoes of Michael Knight, revisit the debut of a certain Persian prince and more!