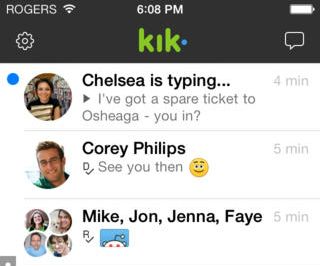 HTML5 games reminds me of Oakland, California.  Oakland is the smaller sister next to San Francisco, on the wrong side of the Bay.  Every year, we say, this will be the year that Oakland becomes the Brooklyn of the Bay Area.  But, it never happens.  It’s always next year.

That’s the story of HTML5 and games.  Whether its Facebook embracing or dropping HTML5, HTML5 startups getting funding then imploding; the imminent success of HTML5 games is always a year away.

But this year may be different.

There are awesome HTML5 game technologies available, such as Tresensa, GameClosure, Clay.io, and Goo Technologies.  Spil taking the lead with new ad technologies and $5 million in funding.

And then there is Kik.  Kik is a messenger platform with 100 million user and over 275,000 new users signing up everyday.  What makes Kik unique compared to other games-focused messenger platforms such as Line, KaoKao, WeChat, and Tango is that does not distribute third-party game apps.

Instead, Kik has embraced the mobile web, and in particular HTML5.  In 2012, Kik released its Cards platform, enabling developers to create HTML5-based apps and games to be distributed through its messenger client.

Then this February, Kik introduced its own in-app browser and provided APIs to developers to mark up and optimize their web pages and/games for the Kik platform. All a game developer has to do is integrate a few lines of code to their existing HTML5 game to become visible and shareable within Kik via player-matching and push notifications.

In order for game developers to move from and eventually drop iOS and Android for HTML5, the platform needs to provide distribution, discovery, and monetization.  With 100 million mobile users who share everything (it’s predominantly teens), Kik brings distribution in a big way.  Koa.la’s Costume Party generated 1 million users in less than 24 hours.   Kik also brings discovery to a degree through its API tools.

Money, on other hand, is a work in progress.  According to Paul Gray of Kik, developers can monetize their games through sponsorship or in-game advertising.  In the future, Kik is working on developing richer and more engaging ad solutions for developers and presumably Kik to make more money. 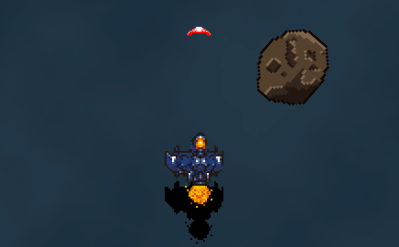 Unfortunately, Kik is limited in what they can offer because platform is built upon other platforms – iOS and Android.  Being open, Google is not a problem.  Being a walled garden, Apple is.

When Apple updated to iOS 7, Kik’s Card directory disappeared from the iOS version making discovery more difficult.  Kik added search, and is working on recommendation tools, but it shows how reliant its platform is on the whims of Apple (for more detail, see this entry from Kik’s blog site).

It is unlikely Kik will ever be able to offer in-app purchases for game partners within its messaging platform, which would run afoul with Apple (though because it’s the mobile web, developers could still theoretically offer IAPs on their own outside of Kik and Apple).

For Kik to take HTML5 games to the masses, it will need to bring all three pieces – distribution, discovery, and monetization – to the table.  Kik has already solved the hardest part, distribution.  For a scrappy startup birthed at a Canadian university, discovery and monetization aren’t trivial to fix, but it shouldn’t be mission impossible.

That is, if Kik doesn’t get purchased first.

Curious about HTML5 games on Kik?  First, download and install Kik on your iPhone or Android.  Then, open these game URL’s in your Kik browser:

Here’s what Whitaker Trebella, creator of Polymer and Pivvot, is playing