Home / News / Could Amazon’s game machine be a dongle made for streaming?

Could Amazon’s game machine be a dongle made for streaming? 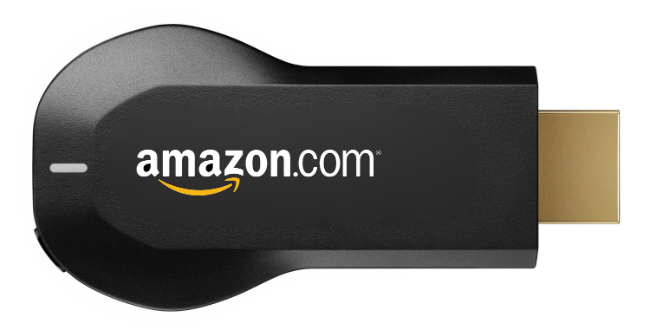 Ready yourself for the most interesting rumor of the morning. We all know that Amazon is getting into the games hardware business. I’m not keeping score, but it seems safe to say that this is the worst kept secret of the year. What’s been a rather well-kept secret, however, is what this gaming hardware would be.

Now it looks like we have our first hint.

TechCrunch is saying they’ve learned from multiple sources that the device is going to look an awful lot like the Chromecast, Google’s $35 streaming device that plugs into your TV’s HDMI port.

There’s also the very real possibility that the device will be more of an “all-in-one” unit than a dedicated games console. With a variety of instant services already in-house – Prime customers can stream unlimited movies, TV shows, books, and soon music – offering a set-top box to bring it all to your living room is just good sense. Think AppleTV meets Chromecast meets Spotify meets Netflix, but with games.

But what kind of games could such a tiny dongle offer?

TechCrunch suggests that Amazon may offer an OnLive-style cloud-based gaming service (which, considering they’re already in the digital games business, doesn’t seem like a huge leap). GameSided’s article on the same subject is quick to remind us that until today, it seemed as though Amazon’s project might have been an Android microconsole (like the OUYA). With such a huge selection of Android games on Kindle Fire, that still seems plausible to a certain degree as well.

Maybe the truth will lie somewhere in the middle: a finely curated “best of both worlds” scenario, or a rather blunt kitchen-sink approach that covers the entire spectrum.

What Amazon is really working on behind the scenes is anybody’s guess. But one thing’s for certain: if Amazon is about to become the Netflix of gaming, it’s going to shake-up the entire industry.

Creator of the original X-COM launches Kickstarter for Chaos Reborn