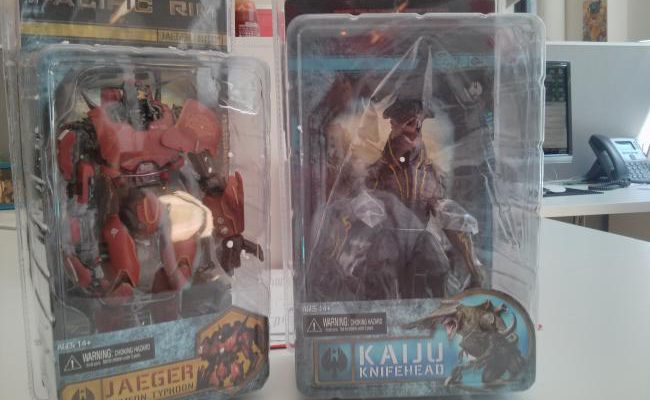 Last week, Pacific Rim from Reliance Games hit the App Store in a flurry of giant robot fisticuffs, and stood to serve as a mobile tie-in to the Guillermo del Toro film of the same name. In the game, players can take control of giant weaponized robots called Jaegers and pound the guts out of a monstrous alien race called the Kaiju. I guess the only thing that’s really better than enormous monsters is equally enormous fighting robots that were built specifically to destroy them.

But what about owning a small-scale representation of these monsters and robots yourself? Well to celebrate the recent launch of Pacific Rim, Gamezebo will be teaming up with Reliance Games to give away 5 Crimson Typhoon Jaeger toys and 4 Knifehead Kaiju toys as seen from the movie and mobile game. That’s a picture of the two different prizes right over there, and so I don’t think I need to tell you how awesome they look.

And in case you haven’t had a chance to play it yet, you can find Pacific Rim on the iTunes App Store, and read Gamezebo’s own review of the game. 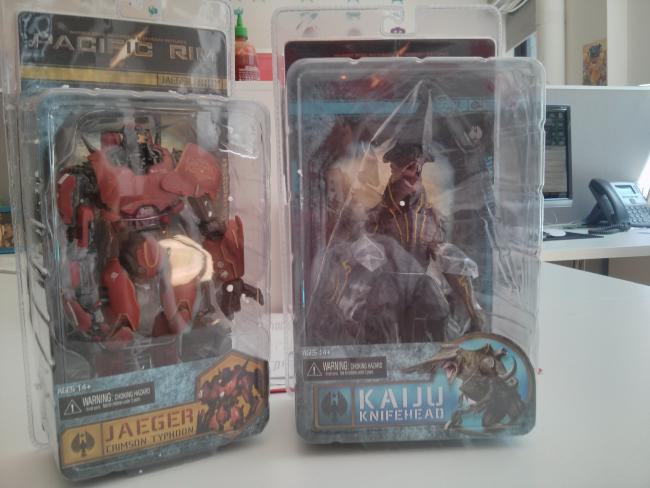 Then, if you want a chance to win a Crimson Typhoon Jaeger toy, follow these instructions:

Or if you’ve got your eye set on a Knifehead Kaiju toy:

That’s it! Contest winners will be randomly selected from each category and notified via email if they’ve won, once the contest closes on Friday, July 26th. Good luck to everyone who participates, and happy giant monster fighting!

**Unfortunately, Crimson Typhoon Jaeger toys and Knifehead Kaiju toys can only be shipped to U.S. residents. But that shouldn’t dissuade our overseas friends from hopping in on all of the giant robot-smacking action to be had in Pacific Rim!