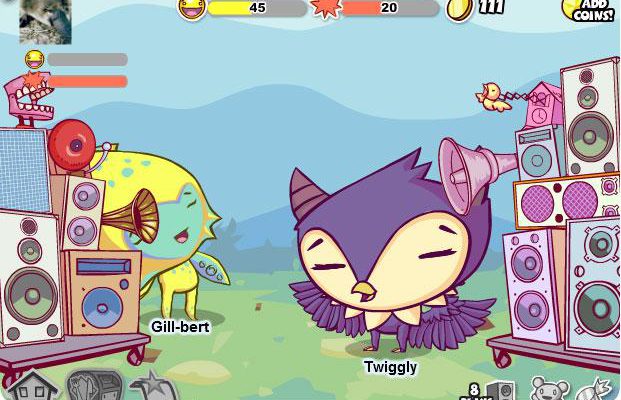 Social game developer Conduit Labs has announced a landmark deal with Universal Music Group (UMG) that will give players of its music-based titles (which include Facebook games Music Pets and Super Dance and the music MMO Loudcrowd) access to the largest library of licensed music available on any game platform.

Conduit Labs is a venture-backed company whose mandate, according to CEO Nabeel Hyatt, is to create new ways for people to interact with traditional media like music and movies through social games. The company’s first area of focus, music, is one that Hyatt said remains largely untapped in spite of the enormous success of console games like Guitar Hero and Rock Band.

Thanks to the deal with UMG, Conduit Labs’ catalog of available music tracks has ballooned from 400-500 songs to hundreds of thousands of songs, ranging from pop artists like U2 and Bon Jovi all the way to Mexican folk music. It’s all part and parcel, Hyatt told us, of the company’s to take people to the “edges” of their music experience and helping them find things they haven’t heard before, even if the game might start them off with something familiar.

The fact that a major record label like Universal Music Group was willing to allow a start-up company to have full rights to such a wide variety of music is a major achievement for Conduit Labs as well, and one Hyatt says was built on trust and the solid proof-of-concept that the company had already developed with Loudcrowd.

“This is a market that has felt like start-ups have somewhat exploited them and have done illegal things with their music over the years in order to grow, and so they’ve been very reticent to sign deals,” Hyatt said. “I think what they saw in the games that we’ve built so far is a real respect for the artists, the music, and the players.

“At the end of the day, they felt like this was not cannibalistic to CD sales or MP3 downloads; it was something that was entirely new, and that’s why they did the deal.”

Hyatt said that music games today either fall into the “rhythm action” category – games like Rock Band that emphasize performance with plastic guitars and drum kits in front of a television – or games that are purely IP-based around the identity of a particular artist, like 50 Cent.

“I give a lot of credit to Guitar Hero and Rock Band for opening everybody’s eyes to the idea that there could be a multi-billion dollar business in making games that revolve around music,” said Hyatt, “and then the story for us that we needed to tell was that that’s not the be-all be-all of music games, that there’s much more innovation to come.”

According to Hyatt, Conduit Labs’ approach is to emphasize the value of the shared music listening experience through games – not through an “antisceptic, engineering-focused” music recommendation service like Pandora, but through games that offer players emotional connections as well, which was why the company chose the pets theme for its latest Facebook launch, Music Pets. 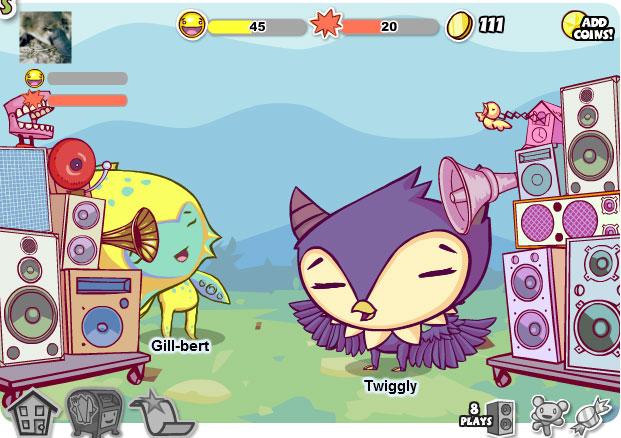 In Music Pets, which launched in February and has since grown to about 1.2 million monthly active users (MAUs), players care for a pet that “fetches” new tracks to listen to based on the player’s music preferences. The pet can be trained according to which bands the player likes, which makes it more likely to bring back a track from that particular artist.

Like most social games on Facebook, Music Pets is free to play, but users can buy virtual goods to enhance the experience and can also purchase and download specific music tracks through Amazon. Hyatt says the revenue split between music-related purchases and other virtual items is roughly 50-50.

“No one has really explored the idea of ‘music discoverability’ in games, which is really what Music Pets is all about,” explained Hyatt. “It’s that moment when the pet comes back with a track and you don’t know whether it’s going to be something you really love or something you really hate.

“It’s much like what you would have in a record store 20 years ago, where the guy behind the counter recommends a new album to you and you put on your headphones to listen to it. That’s an aspect of music listening that’s largely been lost.”

Doodle Jump to get the iPad treatment